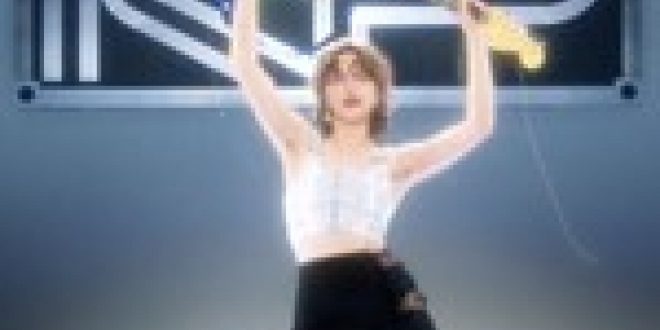 10 Cool New Pop Songs to Get You Through The Week: King Princess, CupcakKe, Bülow & More

The 21-year-old Berlin-born artist has been releasing a string of EPs and one-offs since her 2017 project Damaged Vol. 1 first made a splash. Her latest, “Revolver,” is perhaps the most heart-racing yet, with pulsing production that supports the storyline of admiring a woman who’s a bit too daring — and forcing listeners to reevaluate the idea of what makes a role model. — Lyndsey Havens

Jungle, “Talk About It”

UK-based electronic production duo Jungle will release a new album, Loving In Stereo, on AWAL come August 31, and based off its first singles, the album will extend the summer energy into fall. For latest single “Talk About It” — a groovy, disco-inspired jam — the pair delivers deep lyrics asking for better, or any, communication (“Let’s talk about, don’t run”), though the juxtaposition of the upbeat production makes it clear the talking can — and will — simply have to wait. — L.H.

Newcomer Chiiild, a Canadian alt-soul artist, hasn’t missed yet while gearing up for his debut album, Hope For Sale, out July 23. His latest single, “Eventually,” which features a slinky bassline throughout, continues to familiarize fans with his distinct style while also introducing new tricks. He dips into a higher range on the song’s chorus with a compelling confidence, as he asserts, “I know you want me back.” — L.H.

Alternative-pop sensation King Princess returns with “House Burn Down,” produced by her label head Mark Ronson (she’s signed to his Zelig Records under Columbia). While KP has performed the song live since 2018, the studio version arrived sounding even more matured and rooted in rock, thanks in part to its featured instrumentalists: drummer Fabrizio Moretti and bassist Nikolai Fraiture from The Strokes. — L.H.

“Nothing could ever stop my ass from showing up,” Samia declares over crashing guitars on the chorus to new single, “Show Up,” then finishes the thought, “to sing another song for the people I love.” During a pandemic-stricken era, Samia has given us an ode to intimacy that pulls in her whole group of family and friends, and feels authentic in its shoegaze-pop approach. — Jason Lipshutz

Danish pop singer-songwriter Drew Sycamore recently unveiled her charming new album Sycamore, and while tracks like “Jungle” and “45 Fahrenheit Girl” are worth your time, late album highlight “The Rhythm” is worth leaping up and shimmying along to, its propulsive chorus destined to soundtrack dance floors drenched in neon light. — J. Lipshutz

Searching for a song in 2021 that evokes emotional, expertly composed pop-rock a la Michelle Branch twenty years ago? Look no further than Lauren Aquilina’s “Empathy,” which sounds beamed in from a different era but contains the type of sing-along chorus and chewy lines (“Didn’t ask to be born as a black hole,” the song begins) that work regardless of when they’re released. — J. Lipshutz

Over a horn riff Jason Derulo is probably mad he didn’t get to first, CupcakKe spits a hilariously filthy rundown of bedroom gymnastics using an off-the-wall assortment of Michael Jackson-related double entendres that are truly invincible. — Joe Lynch

Coming in, well, hot from the Platinum Edition of her 2020 party-starter What’s Your Pleasure?, “Hot N Heavy” is an unstoppable disco-tinged excursion that starts at 9/10 and somehow maintains that breathless energy for the full three-and-a-half minutes.  — J. Lynch

A lot of actor-singers feel the need to tell the world they’ve been singing just as long as they’ve been acting, but in the case of Katlyn Nichol (Black-ish, American Soul), she simply lets her beguiling vocals make the case for her musical artistry on new single “Liar,” an Afrobeat horn-infused R&B jam that deserves repeated plays. — J. Lynch