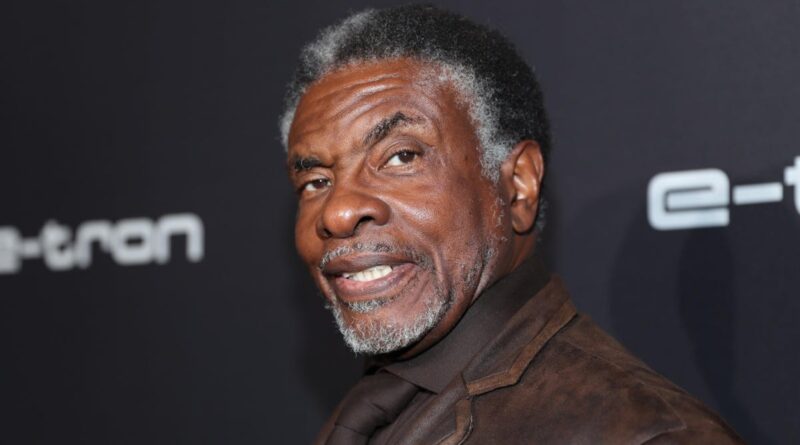 Want to bring instant gravitas to your movie, TV show, documentary series, video game, or English-language dub of a foreign animated film? Hire Keith David, whose long career is a testament not just to his charismatic screen presence, but also his uniquely velvety voice.

io9 is a huge fan of Mr. David and it was a mighty task narrowing down this list of his best performances, but making it genre-specific—which is why there are some notable action, drama, and comedy titles missing; trust us, we know how great he was on Community!—made things a tiny bit easier. That said, please feel free to celebrate any of your favorites in the comments, too.

Rick has many frenemies, but are any quite as formidable as Keith David’s President of the United States? Sometimes Rick and the President want to murder each other (sometimes while miniaturized, sometimes while temporarily transformed into Thanksgiving turkeys), but often there’s a glimmer of respect there, at least as far as the POTUS is concerned—“Get Schwifty” was a jam, after all.

Otis Haywood dies in Nope’s opening act, but the aftermath of his sudden demise looms heavily over all of Jordan Peele’s sci-fi horror film. Not only is he the father of main characters O.J. (Daniel Kaluuya) and Emerald (Keke Palmer), he’s the driving force behind their Hollywood horse-training business. When he’s gone, the siblings are suddenly without the rock-solid presence that’s been keeping their family legacy afloat. Otis is also the first on-screen casualty of Jean Jacket—killed by random objects turned into deadly projectiles after being ejected from the airborne alien’s slurping maw—and that gives his kids motivation to get some payback.

The Princess and the Frog

The Princess and the Frog

In a twist on the traditional fairy tale, The Princess and the Frog’s aspiring restaurateur faces a villain tailored especially for the animated Disney musical’s New Orleans setting: a slippery witch doctor named Dr. Facilier, who uses his voodoo magic to turn people into frogs and hopefully swindle away some fortunes. Roping in undead spirits ultimately proves to be his downfall, but not before we get to hear David sing Dr. Facilier’s swingin’ signature tune, “Friends on the Other Side.”

In Creepshow season-two installment “Pesticide,” David plays a mysterious real estate developer who convinces an exterminator (The Walking Dead’s Josh McDermitt) to take on a new kind of pest: unhoused people who’ve been living in an abandoned building on one of his properties. Any moral concerns are quickly massaged away by piles of money, but—in grand Creepshow fashion—the bug-killer soon comes to regret striking a deal with the, ahem, devilish tycoon. David as a cackling, scenery-chomping villain is pure horror-comedy delight.

Tales From the Hood 2

Horror anthology sequel Tales From the Hood 2 makes great use of David’s effortless elegance and “I would listen to him read the dictionary” voice by casting him as the lead in its frame story. Of course, there’s more to his, ahem, devilish character than we first realize. Why do people keep casting David as Satan? Probably because Satan himself wishes he was that suave.

David’s character, the deeply religious Abu al-Walid, gets caught up in the events of Pitch Black while trying to get to New Mecca; he survives and is one of few non-Vin Diesel characters from the first film to appear in the sequel… which he does not survive. David in an action-movie context is always good; David in a sci-fi action action-movie context is even better, even when his character unfortunately dies in the first act.

This mid-’90s animated Disney fantasy series had a huge voice cast, but right up there at the top was David as the powerful Goliath. A few years back, he gave an interview to Comic Book where he called Goliath one of his “very, very, very, very favorite characters,” and expressed his longing for a Gargoyles reboot that would allow him to play the role again.

Incredibly, David made his big-screen debut (just a few years after graduating from Juilliard’s prestigious acting program) in this horror sci-fi classic from genre legend John Carpenter. Though he’s part of the Kurt Russell-led ensemble, his Childs stands out, partially because he’s one of two survivors at the film’s end, but also because he brings extreme heft to some of The Thing’s most memorable lines. Nobody else could deliver “I just cannot believe any of this voodoo bullshit” with such solemn, yet panic-inflected flair.

While the live-action Spawn revival continues to turn through the hourglass, fans of Todd McFarlane’s antihero comic-book character will always have the gritty adult animated series. It ran on HBO in the late 1990s—David has since reprised the character for Mortal Kombat 11—and can certainly count its star’s arrestingly haunting vocal performance as one of the reasons for its cult-beloved status.

David’s second film with John Carpenter (released 34 years ago today!) contains maybe his most iconic performance of all time, thanks in no small part to his epic back-alley fight scene opposite Roddy Piper. Put the glasses on!

As we’ve well established by this point, David’s voice-over career is just as prolific as anything that actually puts him on camera, and he’s lent his pipes to tons of video game franchises over the years—Fallout, Halo, Mass Effect, and Call of Duty among them. One role that bridged the gap between the two: 2013’s Saints Row IV, a game he’d been a part of for 10 years at that point, but was the first incarnation to feature Keith David as Keith David—Vice President of the United States Keith David, that is, with bonus Roddy Piper They Live re-match to boot. Meta-Keith David is truly something the world could use more of.