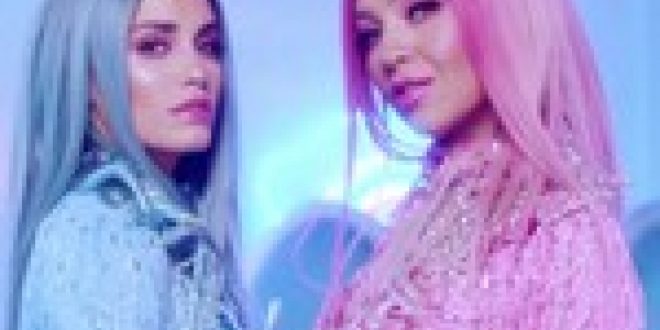 Check them out below:

Hailing from Santiago, Flor de Rap and Denise Rosenthal’s “Bailalo Mujer” is a danceable pop-urban track about lifting, supporting, and rooting for each other.  “In our philosophy, we’re all equal/ And with respect we build realities/ We don’t believe in monarchies, that’s why we’re all queens here,” sings Rosenthal.

“From the lyrics to the aesthetic of the video, ‘Ladron’ sends a clear message that women have masculine and feminine strength within themselves,” Lali previously told Billboard of her pop-urban collab with Cazzu.

Becky and Natti took the reins and unapologetically sang about sex, weed, and booty calls, sending the message that it’s OK for women to talk about these topics.

“Lindo Pero Bruto,” which in a nutshell means “cute but dumb,” is a song dedicated to those men who talk the talk but don’t walk the walk, don’t offer much, or are only good for one thing.

Fusing urban, vallenato, cumbia, and pop rhythms, the bilingual “En Mis Tacones” conveys the message that women are hard-working and independent, among many things. “It’s an invitation to put yourself in someone else’s shoes, especially men in the shoes of women,” Fanny told Billboard.

BFF’s Amandititita and Sandra Echeverria joined forces on “De Mejores Corazones Me Han Corrido” about “a woman who doesn’t allow herself to be defeated by a failed relationship,” according to Amandititita.

About the collab, Chiquis breaks down what it actually means to be such a free spirit. “She’s someone who doesn’t necessarily break the rules but bends them a little bit,” Chiquis told Billboard. “We just like to party and enjoy life.”

As part of their first-ever joint Versus Tour, ’90s rock divas Gloria Trevi and Alejandra Guzman dropped “Mas Buena,” a song about a woman whose life only got better after her relationship was over.

Because two was not enough, Aitana and Ana Guerra recruited Tini and Greeicy to add more girl power to their collab “Lo Malo.” The song is about a woman who’s not settling for a bad boy.

Spanish pop star Natalia Jimenez teamed up with ‘80s Mexican group Pandora to launch a new version of her hit “Me Muero.” Their collaboration is an elegant fusion of both generations.

Leslie Grace and Farina send a special message to all of those f—boys who think they can play with the feelings of more than one girl at a time.

Paty Cantu and Karol G teamed up to pour their hearts out in “No Es Suficiente,” a song about a woman who was unhappy with her significant other because he was selfish and narcissistic.

In 2014, Natalia Lafourcade called to the stage Ximena Sariñana to sing “Amor, Amor de mis Amores.” Although it’s not an official collab, their duet proved a strong, beautiful bond between the two Mexican singers.

Natti Natasha and Kany Garcia give life to “Soy Mía,” part of Natti’s debut album ilumiNATTI. In their powerful collab, the two Caribbean singers proudly sing about being independent women who don’t need a man to be happy.

Just when you thought you were getting away with your cheating ways, comes Trevi and Karol G with their in-your-face collab”Hijoepu*#.” The catchy reggaeton is about two women who were played by the same man and joined forces to call him out.