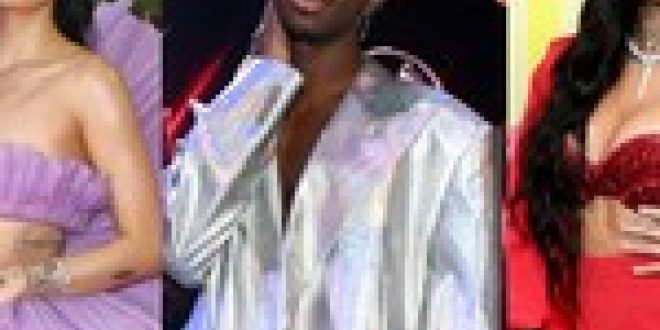 “Girls like girls like boys do. Nothing new.” It’s a simple statement made by Hayley Kiyoko in the chorus of her breakout hit “Girls Like Girls,” and it’s an effective one. Throughout the song that made her into Lesbian Jesus, Kiyoko takes the trope of the “guy who steals another guy’s girlfriend” on its head, instead insisting that a queer woman can do just the same thing, making “Girls Like Girls” one of the best queer love songs of the 21st century.

You wouldn’t necessarily expect to hear a love song written from the perspective of a gender-bent Jenny to Forrest Gump from the 1994 film of the same name. But then again, Frank Ocean is never one to do something expected. “Forrest Gump” works from beginning to end as a soft, sweet ode to complex relationships. Try to listen to this track without having its chorus inevitably running around your mind.

There’s a reason fans so quickly dubbed Janelle Monáe’s “Make Me Feel” an anthem to sexual fluidity — along with the video’s overt references to Monáe’s queerness, the singer herself makes it clear through the song’s sultry lyrics just what it is she’s trying to say. With its warbling bassline and blissed out guitar riffs, “Make Me Feel” makes us feel the love from Ms. Monáe over and over again.

Strip away the drama, the outrage and the trolling from Lil Nas X’s controversial single, and you’re left with a song that just wants to talk about queer sex. “Montero (Call Me By Your Name)” almost serves as a challenge from the rapper — if straight artists can sing so openly about sex, then why shouldn’t he get to? Lil Nas X may have set out to push some buttons with “Montero,” but he ended up writing an anthem for LGBTQ lovers everywhere.

Fairy tales often follow a princess and her prince charming, a formula that Chika was more than happy to mix up on “Cinderella, Pt. 2.” In the song, Chika takes on the role of a princess charming, vying for the attention of the titular Cinderella with her beautiful musings. The gorgeous track sees Chika letting her vulnerabilities show, as she tries to relate to her glass slipper-wearing lover with incredible lyrics that will have you in your feelings.

Ever get dizzy just being around the person you love? Olly Alexander certainly has, as he demonstrated in Years & Years’ “Starstruck.” The disco-tinged single is filled with all the feel-good energy you could hope for in a song about crushing on someone so hard that you lose your composure around them, and Alexander works to be the perfect conduit on this bubbly new queer pop anthem.

“I like my girls like I like my honey — sweet.” With a single line, Kehlani made clear exactly who she was singing about on “Honey.” The smooth R&B track plays like a love note torn out of the singer’s personal diary, as she swoons over a girl that she can’t help but fall in love with. It’s a simple message, but a powerful one that helped solidify Kehlani as one of the most sought-after artists around.

On “Alan,” Mike Hadreas, known better as Perfume Genius, gets specific as he pens a loving song to his longtime partner, Alan Wyffels. The sweet, soulful track highlights a quieter, more personal side of the singer, encapsulating the feeling of being safe in another person’s arms.

Girl in Red, “I Wanna Be Your Girlfriend”

Marie Ulven, a.k.a. Girl in Red, has quickly cemented herself as a queer cultural touchstone (the phrase “do you listen to Girl in Red” has already become internet code for asking women if they’re interested in women). It’s songs like “I Wanna Be Your Girlfriend” that illustrate why that is — throughout the bedroom-pop single, Ulven focuses on a girl named Hannah, singing to her that “I don’t wanna be your friend, I wanna kiss your lips/ I wanna kiss you until I lose my breath.”

Throughout his career, Troye Sivan has made a habit out of penning heartfelt songs about queer relationships. One of the best (and perhaps most underrated) examples of this is “Lucky Strike,” a synth-infused pop single that sees the singer listing off all of the various ways that his lover makes him feel special. When he asks his partner to “tell me all the ways to love you,” it lands like Cupid’s arrow, directly into your heart.

King Princess, “Hit the Back”

King Princess didn’t mince her words when she described “Hit the Back” as an “anthem for bottoms everywhere.” The chilled-out yet still danceable single sees the star offering up a sensual, sexy thrill ride for queer people everywhere, as she lets her lover know just how into her she really is.

Wanna let your lover know just how sexy you find them? Look no further than MNEK’s simmering single “Tongue.” The British singer-songwriter’s track employs his exuberant sexuality, a hard-hitting beat and expertly crafted melodies to make this one of the sexiest songs about gay romance in recent memory.

“Cherry,” as a song, serves two fundamental purposes: as a place where Rina Sawayama could publicly talk about her pansexuality, and as one hell of a love song. Sung to a stranger the star spotted on a subway ride, “Cherry” shines in its expression of the complex feelings that come with discovering your first-ever queer romance. Once you hear Sawayama’s voice softly asking, “Will you be my cherry,” you won’t be able to get it out of your head.

Wrabel, “Nothing But the Love”

Wrabel has often written and performed songs about heartbreak — so when the rising singer-songwriter unveiled his latest single, “Nothing But the Love,” it was a pleasant surprise to hear him crooning about how deeply in love he is. Wrabel’s voice lends itself perfectly to power ballad territory, where he reassures his lover that no matter how low he’s feeling, their love will always bring him right back up.

While some love songs like to ruminate on the bigger, more joyous parts of love, Tayla Parx is instead interested in examining the smaller, messier parts of the process. On “Fixerupper,” the singer-songwriter explores what it means to start falling in love again when you’ve been hurt a number of times before. Love isn’t always as clean and tidy as music can make it out to be, and lyrics like “Baby you might have to build a lover / ‘Cause I know my heart’s a fixer-upper” show that Parx is here to represent for those who’ve been burned before.

Sometimes you can’t be physically with the person you love, so you have to take on the harsh reality of dating long distance. It’s often hard, but to hear Jordy tell it, it can also be wonderful. On his breakthrough track, Jordy takes the good with the bad, and comes to the heartwarming conclusion that “I’d rather be distant with you/ Than distant with someone who is/ Standing in front of me, but I can’t even feel a thing.”

Jordy’s not the only one looking to take on long distance relationships — on “Daydream,” The Aces tackle what it means to be away from the person you love most, as you dream about what it will be like when you finally get to be with them in person again. It’s a feeling we can all relate to in 2021, even if The Aces hadn’t considered the possibility of a pandemic when writing this excellent pop-rock jam.

Sometimes, falling in love can be hard when you have your own issues with self-doubt. That’s a theme Robbie Skinner, a.k.a. Cavetown, tackles on “Sweet Tooth.” Throughout the lo-fi, bedroom-pop track, the singer makes it clear that while he has a hard time loving himself, his lover seems to have no problem with it, giving him the sugar rush he needs to fall deeply in love.

Even in the wake of a breakup, love can still be right there waiting. That’s exactly the case for Rebecca Black’s “Girlfriend,” a sugar-sweet pop single where the star illustrates what it means to be going through a tough breakup, before finally realizing that you’re not over her. The pure glee in Black’s voice as she sings “I’m getting back with my girlfriend” is enough on its own to earn a spot on this list.

With “Higher,” Vincint captures the feeling of falling in love on the dance floor — this pounding dance-pop single sees the star illustrating the peaks of pleasure, asking his lover aloud “Where have you been all my life?” Add in Alex Newell’s stunning vocals and Princess Precious’s ballroom-ready pre-chorus, and you have an instant anthem to LGBTQ love on your hands.

Check out the full playlist of LGBTQ love songs below: