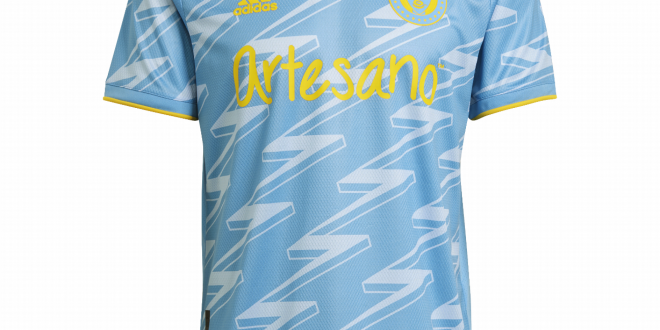 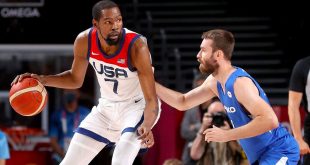 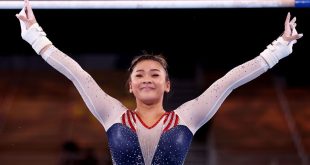 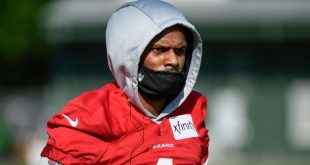 The 2021 Major League Soccer season is just 10 days away, but fans across the U.S. and Canada have been getting hyped up for the new campaign through the roll-out of brand-new kits! And now that all 27 teams in the league have released their latest duds, we’ve pored over every square inch of all this year’s threads to bring you this year’s MLS jersey Power Rankings.

The “BY|U” kit’s lightning bolts set against sky blue are striking and represent the famous kite experiment of Philadelphia’s favorite son, Benjamin Franklin. (It’s also the inspiration for the imagery of a kite and a key on the back of the neck.) It’s an authentic and inventive way to celebrate the city’s history, and just happens to look outstanding on last season’s Supporters Shield winners to boot.

The “Community” kit strikes precisely the right note for a Galaxy club fighting for soccer superiority in Los Angeles, recalling the historic black-and-teal stripes the team wore between 1997 and 1999 in honor of those who’ve stood behind the team since 1996. Leaning on their unrivaled history in MLS was a clever call, and vaults the Galaxy high up our list.

The Fire have two new kits for 2021, both called “Lakefront,” but we’re evaluating the secondary option. The thin navy stripes set against the white top create an illusion of the sky blue of Chicago’s flag, and its six-pointed stars are recreated within that striping pattern. We’re all in on city-inspired designs, and the Fire’s 2021 look pulls it off flawlessly.

Another year, another beautiful Whitecaps jersey. This Canadian club is always near the top of these lists, and this “Hoop” kit (finally, a name that reflects the jersey itself!) is no different. Drawing inspiration from the design the club wore on the way to winning the NASL Soccer Bowl in 1979, the 2021 edition is uniquely crisp while also embracing the club’s glorious past.

The story behind the “Jimi Hendrix” kit is better than any on this list. Hendrix is a Seattle native son, and the Sounders blare his version of “All Along the Watchtower” before every game. It’s an incredible inspiration for this jersey: the purple psychedelic pattern alludes to the music great’s album covers and the handwritten lyrics of “Straight Ahead” are printed on the necktape.

Another “Community” kit, the latest FCD top makes use of a totally-underused-in-this-league powder blue, incorporating the blue and red found in the club’s crest and the Texas state flag in seemingly random specks around the shirt. That design recalls the away top that France wore en route to the 2018 World Cup, which was arguably the best-looking jersey in Russia.

The royal-blue-and-orange pinstripes of Cincinnati’s “Dynamic” kit really pop against the navy jersey, making for a very enjoyable visual. That the pinstripes are a nod to the LED fins that adorn the club’s brand-new stadium (there’s also a stadium tribute in the jock tag) make for a genuine story that’s both fun and meaningful.

The “Class 5” kit is named after the most difficult routes in climbing, paying homage to Colorado’s 14,000-foot peaks with embossed topographic patterns that reflect six of those most difficult mountains. It also pays tribute to the club’s 1996 roots with a minty-fresh green look that looks far richer in person than it does in photos.

The “1Beat” kit celebrates matchdays at Red Bull Arena, where checkerboard flags are ever-present in the supporters’ section, making for exceptional inspiration around which to build a design. The “NY” monogram on the back of the neck also incorporates a “J,” which is a nice touch for a team whose name reads New York, but whose home is in New Jersey.

Let’s start by acknowledging that Montreal’s offseason rebrand was largely panned in league circles and reviled by the Quebecois, so the logo’s M’s/snowflakes probably aren’t going to be particularly well-received at Stade Saputo. That said, the geometric patterns look sharp, bringing some depth and character to what could’ve easily been a plain-black kit.

Sporting brings back the hoops they wore in 2014-15 and 2016-17, with these ones in particular looking clean, carrying on the club’s tradition of routinely classy kits. The argyle “SKC” on the back of the neck brings back another design element the team has used throughout the past decade, and to great effect.

The “Palma” kit is pretty self-explanatory, with palm leaves embossed throughout this black top. This is the sort of detail we expected from a club that has so much design inspiration to draw from. The blue trim on the inside of the tail of the shirt, paying homage to Biscayne Bay — a national park — is a nice touch, but it feels a little too hidden.

LAFC’s “Heart of Gold” kit is another that’s rather self-explanatory, but we applaud the club for the bold decision of introducing a gold jersey, which supposedly reflects the resilience, conductivity, radiant warmth and shine of Los Angeles. The hue is a little softer than we’d like, but it’s better that way than if they’d got with something called “gold” that looks more like yellow mustard.

The “BLVCK” kit is a fresh take on Atlanta’s Five Stripes, doing away with the traditional striping and incorporating a black jersey with five striking red pinstripes down the front of the shirt and rising up from the tail. It’s simple, yet effective; bold, yet clean. Can it help them soar back up the standings and toward another MLS Cup? Only time will tell.

The first-ever Austin kit is a good one, arguably better than any other worn by an expansion team in recent years. There’s a sense of uniqueness to it, which is good for a new club: these aren’t off-the-rack threads rushed to meet their inaugural season. While it does feel a bit forced, connecting the vertical striping to the intertwined trees in the club crest makes more sense the longer you look at it.

The Minnesota Black and Blue, as is so often sung about from the Wonderwall of faithful home fans, finally gets a blue jersey. The “River” kit evokes the waters of the Land of 10,000 Lakes, with its color and the embossed ripples, though it’s a little too abstract for our liking.

The embossed “N” from the Nashville crest found all over the “Vibe II” kit really works, creating lots of sharp edges and angles, contrasting under changing light. The navy makes for a rather reserved look, keeping Music City from climbing any higher up the order.

Labeling a kit “Thick ‘N Thin” that pays homage for your city’s “resilience through thick and thin, ups and downs, rain or shine” feels pretty fitting for 2021. And we do like the purple hues meeting together at the middle of the jersey, but the darker tone dominating the top half of the kit feels upside down.

NYCFC’s release for the “Bronx Blue” kit confirms it’s inspired by the club’s first jersey, revealed ahead of the 2015 season, and the two jerseys look remarkably similar — save for the tonal stripes of the 2021 edition, which are “inspired by the different uniforms of New York City’s municipal workers.” (Really though, it’s just a blue shirt.)

The “Supporter’s Secondary” kit features a gray graphic pattern that covers the entirety of the jersey, with elements that are taken from the club’s imagery, the local environment and the fans’ SLC Punk attitude. It’s a strong theme, but one that’s a little harder for the uninitiated to pick up on.

The name of the “Marble” jersey is rather self-explanatory, taking inspiration from the iconic monuments found throughout the city. It’s a cool concept, but it loses some luster after Arsenal introduced a similar design ahead of the 2020-21 season. The club also opted for navy as an accent color, rather than its traditional black, as a nod to D.C.’s role as the nation’s capital.

The “Inaugural Stadium” kit takes its cues from the new home of the Crew, set to open in July, and its angular architecture. The relationship between the new stadium and the graphic pattern feels a bit tenuous, but we’re more aggrieved by the fact that Columbus won’t have a yellow kit in 2021. That feels like a big miss!

The Quakes’ “First Star” kit is a nod to the threads San Jose won while lifting MLS Cup in 2001. Unfortunately, the most noticeable design element of those jerseys was their white sleeves, something absent on the 2021 edition. Instead, this top looks like a blue version of the kit worn by the team that left the South Bay in 2005 …

Apart from the white panel missing down the sides of this jersey, there isn’t much to differentiate it from San Jose’s effort apart from the color. We do like the club-colored Texan flag executed in a hexagon on the back of the neck, playing on the Dynamo’s new six-sided crest following their offseason rebrand.

We like the collar and we like the chevrons running down the front of the shirt — they mimic those found in the crest — but the two-tone, half-and-half concept feels a bit tired after Cincinnati and Juventus each wore a similar design in 2020 — neither of which were our favorites, either.

The “A41” (which stands for “all for one”) kit features thin lines that break the jersey up into four quadrants, representing “club, city, house and supporter.” That’s a decent enough line for any club to build behind, but it’s hard to see the tangible link between that and Toronto’s jersey.

Another “Community” kit, the Revs’ graphic pattern is inspired by the “block work of American Revolution Era war forts in the New England area” as a tribute to the Fort, the club’s supporters’ section — although we have a hard time not seeing Spain’s 2020 top.