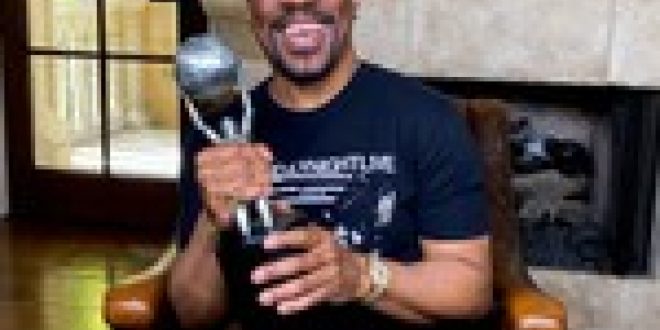 Davis and Boseman each won a second Image Award this year. Davis won for outstanding actress in a drama [TV] series for the second time for ABC’s How to Get Away With Murder. Boseman also won outstanding supporting actor in a motion picture for Da 5 Bloods.

D-Nice took the award for entertainer of the year. In March 2020, the rapper began hosting “Homeschool at Club Quarantine” on Instagram Live as a way for people to come together during the pandemic. D-Nice has received a series of honors in the past year. He won a 2020 Webby Award for artist of the year. He also was one of the recipients of the Shine a Light award during the 2020 BET Awards.

Here’s a complete list of 2021 NAACP Image Awards. This encompasses the awards presented on the prime-time telecast and during five nightly pre-telecast sessions.

Entertainer of the Year
D-Nice

Outstanding duo, group or collaboration (traditional)
Chloe x Halle – “Wonder What She Thinks Of Me”

Outstanding producer of the year
Hit-Boy

Outstanding writing in a comedy series
Michaela Coel – I May Destroy You – Ep. 112 “Ego Death”

Outstanding writing in a television movie or special
Geri Cole – The Power of We: A Sesame Street Special

Outstanding television movie, limited-series or dramatic special
Self Made: Inspired by the Life of Madam C.J. Walker

Outstanding actor in a television movie, limited-series or dramatic special
Blair Underwood – Self Made: Inspired by the Life of Madam C.J. Walker

Outstanding actress in a television movie, limited-series or dramatic special
Octavia Spencer – Self Made: Inspired by the Life of Madam C.J. Walker

Outstanding directing in a documentary (television or motion picture)
Keith McQuirter – By Whatever Means Necessary: The Times of Godfather of Harlem

Children
She Was the First!: The Trailblazing Life of Shirley Chisholm – Katheryn Russell-Brown, Eric Velasquez

Youth/teens
Before the Ever After – Jacqueline Woodson