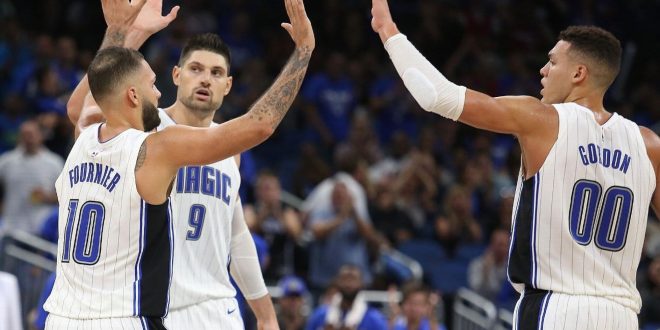 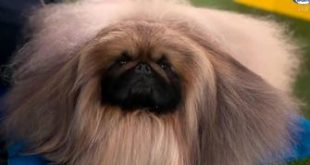 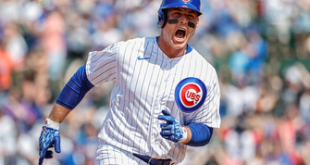 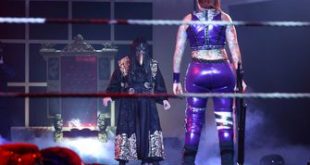 The 2021 NBA trade deadline has officially passed, with a flurry of moves putting new faces in new places.

The Miami Heat finalized a deal to acquire Victor Oladipo from the Houston Rockets. The LA Clippers found their veteran point guard in a deal that netted them Rajon Rondo from the Atlanta Hawks. The Orlando Magic were busy, sending Nikola Vucevic to the Chicago Bulls, Evan Fournier to the Boston Celtics and Aaron Gordon to the Denver Nuggets in three seperate deals.

Meanwhile, Kyle Lowry remains the Toronto Raptors’ point guard after Masai Ujiri & Co. decided to hold on to him. His former teammate Norman Powell was moved, however, as he heads to Portland. The Pelicans held on to Lonzo Ball but did send JJ Redick to Dallas.

Get all of the news, intel and analysis from our experts here, including trade grades and potential destinations for the top players on the market.

3:47 p.m. ET: Once LaMarcus Aldridge completes a buyout with the San Antonio Spurs, the Miami Heat are expected to emerge as a front-runner to sign the seven-time All-Star, sources tell ESPN’s Adrian Wojnarowski. Aldridge plans to talk with several teams before finalizing a decision.

3:11 p.m. ET: The Toronto Raptors have decided not to trade Kyle Lowry, a source tells ESPN’s Adrian Wojnarowski. In the end, Masai Ujiri didn’t find a package that compelled him to make the trade — and Lowry had always been fine with completing the season with the Raptors. Now, Lowry can head to free agency in the summer.

The Jump reacts to the Raptors deciding not to deal Kyle Lowry at the NBA trade deadline.

3:08 p.m. ET: The Houston Rockets are finalizing a deal to send Victor Oladipo to the Miami Heat, a source tells ESPN’s Adrian Wojnarowski. The Heat will send Avery Bradley, Kelly Olynyk and 2022 first-round swap rights in exchange for Oladipo.

Trade grades: What’s next for Heat-Rockets after Oladipo deal?

2:57 p.m. ET: The New Orleans Pelicans have indicated that Lonzo Ball will not be traded ahead of the deadline, sources tell ESPN’s Adrian Wojnarowski.

2:53 p.m. ET: The Toronto Raptors are trading guard Terence Davis to the Sacramento Kings for a future second-round pick, a source tells ESPN’s Adrian Wojnarowski. Davis is averaging 6.9 points in 34 games this season.

2:30 p.m. ET: The Atlanta Hawks are finalizing a deal to send Rajon Rondo to the LA Clippers in exchange for Lou Williams and two future second-round picks, sources tell ESPN’s Adrian Wojnarowski. Rondo, a two-time NBA champion, will head to a Clippers team who had been searching for an upgrade at point guard.

Trade grades: Can Rondo get Clippers over the hump?

The Jump debates how far the Clippers can go now that they have traded Lou Williams for Rajon Rondo.

2:07 p.m. ET: The Utah Jazz are acquiring guard Matt Thomas from the Toronto Raptors for a future second-round pick, a source tells ESPN’s Adrian Wojnarowski. For Toronto, the deal opens a roster spot to take on an additional player in a potential deal involving Kyle Lowry.

1:20 p.m. ET: After getting two second-round picks in the deal with the Knicks, the Oklahoma City Thunder have a projected 34 picks over the next seven drafts, 17 each in the first and second round, according to ESPN’s Bobby Marks.

MORE: The Pelicans and Thunder are ‘shorting’ other franchises’ futures

12:47 p.m. ET: The Toronto Raptors have made their first major move of the day, sending Norman Powell to the Portland Trail Blazers in exchange for Gary Trent Jr. and Rodney Hood, sources tell ESPN’s Adrian Wojnarowski.

12:40 p.m. ET: The Sacramento Kings are finalizing a deal to send Nemanja Bjelica to the Miami Heat, sources tell ESPN’s Adrian Wojnarowski. Bjelica had been averaging a career-low 16.9 minutes per game for the Kings this season. Miami is sending Maurice Harkless and Chris Silva to Sacramento.

11:28 a.m. ET: The Boston Celtics are finalizing a deal to acquire Orlando Magic guard Evan Fournier for two second-round picks, sources tell ESPN’s Adrian Wojnarowski. Fournier is in the final season of a five-year, $85 million deal signed in 2016, and his $17 million salary would fit into the trade exception the Celtics created in the Gordon Hayward sign-and-trade deal this past offseason.

Trade grades: How much will Fournier help Boston?

Stephen A. Smith says the Bulls trading for Nikola Vucevic proves they want to move in the right direction with Zach LaVine.

10:36 a.m. ET: The Orlando Magic continue to listen to offers for All-Star center Nikola Vucevic, but it would take a substantial package to pry him sources tell ESPN’s Adrian Wojnarowski. As the Magic drill down on Aaron Gordon trades, an additional move exchanging Vucevic for future assets would set the franchise toward more substantial long-term retooling.

12:26 a.m. ET: The Detroit Pistons have agreed to trade guard Delon Wright to the Sacramento Kings for guard Cory Joseph and two second-round draft picks, sources told ESPN’s Adrian Wojnarowski. Wright, who is eighth in the league in steals per game (1.5), is averaging 10.5 points and 5.1 assists in 35 games this season. The Kings will send their 2021 second-round pick (via the Los Angeles Lakers) and their own 2024 second-round pick in the deal.

Adrian Wojnarowski breaks news live on SportsCenter with SVP that Delon Wright has been traded to the Kings for Cory Joseph and two second-round picks.

Adrian Wojnarowski explains why the Magic are going into a full rebuild and what they expect to get in return.

2 a.m. ET: Golden State Warriors swingman Kelly Oubre Jr. continues to be in the middle of trade speculation in advance of Thursday’s deadline. Warriors coach Steve Kerr knows that Oubre’s name will continue to pop up in rumors as teams all across the league try to figure out which moves they want to make.

“I love Kelly,” Kerr said after Tuesday’s 108-98 loss to the Philadelphia 76ers. “He’s a pro. We’ve talked a lot about his circumstances, being a free agent, having his name tossed around. Not an easy position to be in, but this is how it works. This is the NBA. He’s got an expiring deal, he plays a position of need for a lot of teams and he’s athletic and long. He’s coveted.”

11:34 p.m. ET: Orlando Magic forward Aaron Gordon acknowledged after his team’s 110-99 loss to the Denver Nuggets on Tuesday that he asked the organization for a trade. “Frustration with the losses, the injuries, and the way we’ve been playing, how we’ve been playing and how many losses have accumulated over the years,” Gordon said, explaining why he made his trade request. “So it’s just my frustration kind of boiling over I would say. I think a lot of people share that sentiment with me, of frustration.”

Gordon, who initially asked to be traded back in February, is hopeful that he can be moved in advance of Thursday’s trade deadline.

9:59 p.m. ET: The Toronto Raptors are discussing possible trade scenarios involving Kyle Lowry and Norman Powell as talks are expected to extend all the way until the trade deadline on Thursday. The Philadelphia 76ers and Miami Heat are interested in Lowry, but both have shown restraint in how far they’ll go to get a deal. The Sixers have shown interest in other guards beyond Lowry, including Powell, Lonzo Ball and George Hill.

1:40 p.m. ET: The Miami Heat and New York Knicks, both of whom are projected to have significant cap space this summer, are reluctant to offer the Houston Rockets a premium package for Victor Oladipo, sources tell ESPN’s Adrian Wojnarowski. However, a market has developed for Oladipo among capped-out teams offering combinations of young players and first-round picks. One thing has become clear: Houston is likely moving Oladipo before Thursday’s deadline.

8:42 a.m. ET: The Miami Heat remain active heading into the deadline. They have kept tabs on Kyle Lowry, sources told ESPN’s Zach Lowe, though it might be hard for the Heat to cobble an attractive enough package given they cannot trade any first-round picks unless they lift protections on the 2023 pick they owe the Oklahoma City Thunder.

Lowe: Everything I’m hearing about the trade deadline

7 a.m. ET: Several contenders have contacted the Cleveland Cavaliers about center JaVale McGee, but some are gauging the likelihood of a buyout before offering assets. And Hawks power forward John Collins is drawing heavy interest ahead of the deadline, league sources told ESPN’s Zach Lowe.

7 a.m. ET: As the Orlando Magic have sunk in the standings, they’ve sent signals that players are available, sources told ESPN’s Brian Windhorst, and Aaron Gordon is one of several power forwards around the league who have drawn interest.

7:08 p.m. ET: The Houston Rockets are finalizing a deal to send P.J. Tucker, Rodions Kurucs and a 2022 first-round pick (via Milwaukee) to the Milwaukee Bucks for D.J. Augustin, D.J. Wilson and a 2023 unprotected first-round pick, sources tell ESPN’s Adrian Wojnarowski. Houston will also get the right to swap its 2021 second-round pick for Milwaukee’s first-round pick unless it falls 1-9. In a corresponding move, the Bucks will send Torrey Craig to the Phoenix Suns.

Trade Grades: Can Tucker get Bucks over the hump?

2:28 p.m. ET: The Oklahoma City Thunder are finalizing a trade to send Trevor Ariza to the Miami Heat for Meyers Leonard and a 2027 second-round pick, sources tell ESPN’s Adrian Wojnarowski. Leonard must still waive his no-trade clause because of the one-year Bird restriction on his deal, which he’s expected to do for Miami. Once the trade is completed, there’s no expectation that Leonard would be a part of the Thunder moving forward.

Trade Grades: How much can Ariza help Miami?

8:08 p.m. ET: The Oklahoma City Thunder are trading guard Hamidou Diallo to the Detroit Pistons for forward Svi Mykhailiuk and a 2027 second-round pick (via the Houston Rockets), sources told ESPN’s Adrian Wojnarowski. Diallo will be a restricted free agent this summer.

3:49 p.m. ET: Houston Rockets guard Eric Gordon will miss four to six weeks with a strained groin, sources told ESPN’s Adrian Wojnarowski. Gordon, 32, had been a target of several teams ahead of the March 25 trade deadline, but the injury largely assures that he will finish his fifth season in Houston.

11:55 p.m. ET: Houston Rockets coach Stephen Silas and P.J. Tucker mutually agreed upon the 11-year veteran not playing anymore until both parties can find an amicable solution. “He decided that he was just not really with it, and we decided that that’s a good idea,” said Silas on Thursday. “Let’s move on.” The Rockets have had several concurrent trade discussions with teams in recent weeks involving Tucker as talks are expected to result in a deal before the March 25 trade deadline.

8:05 p.m. ET: Toronto Raptors guard Kyle Lowry doesn’t know where his future lies after this season or even after this year’s trade deadline. But he is sure of one thing: Whenever his career comes to an end, he will be retiring in a Raptors uniform. Lowry’s name has repeatedly surfaced in recent weeks as a potential trade target for teams.

7:55 p.m. ET: San Antonio Spurs coach Gregg Popovich said that LaMarcus Aldridge will no longer be with the team. “We’ve mutually agreed for him to work on some opportunities elsewhere,” said Popovich regarding the seven-time All-Star. Aldridge, who averaged 19.5 points and 8.0 rebounds in his six seasons with the Spurs, is in the last year of a three-year, $72.3 million contract extension.