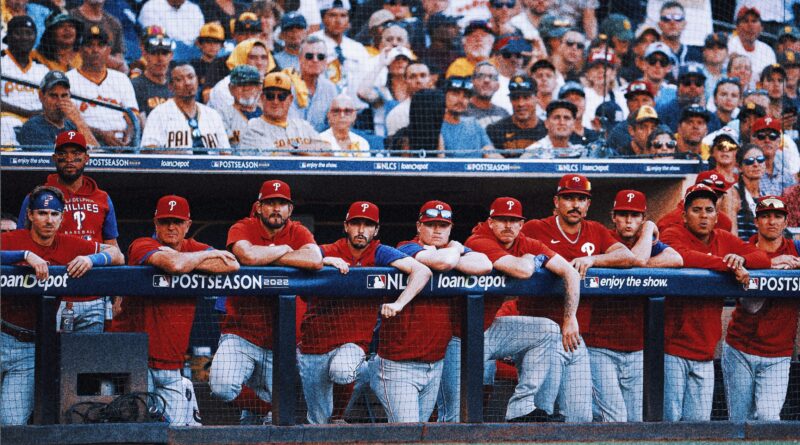 SAN DIEGO — Phillies manager Rob Thomson never panics. But in Game 2 of the NLCS on Wednesday afternoon, he probably should have. At least a little bit.

Since becoming the acting manager on June 3, Thomson has rejuvenated the Phillies with his composed, even-keeled and hands-off approach to managing. He is, to a fault, a guy who trusts his guys, who rarely lets a moment overwhelm him.

For the most part, that has been a good thing. The Phillies are in the NLCS, after all. But in what might prove to be the most high-leverage situation of this entire series, Thomson’s calmness and steadfast faith in his players led to his team’s undoing.

In the most pivotal moment of the NLCS thus far, a moment that called for a southpaw, Thomson went to his second-best lefty, Brad Hand, instead of his single most dominant reliever, José Alvarado, and the manager ended up paying the price. When the game called for an assertive move, one that could’ve given the Phils a commanding 2-0 lead, Thomson didn’t deviate from the norm, didn’t panic, didn’t zag.

As a result, the game unraveled in the blink of an eye.

Padres put up five runs in the fifth inning

Juan Soto and Brandon Drury propel the San Diego Padres with an RBI double and two-run single to take a 7-4 lead on the Philadephia Phillies.

When the Phillies showed former manager Joe Girardi the door in June after a disappointing start and promoted Thomson from bench coach to interim skipper, the message was clear: Something needs to change. And while the two men have a professional relationship that dates back decades, Thomson — a lifelong “baseball guy” who’d never managed in the bigs — was picked to helm the Phillies in part because of how different a leader he is compared to the old boss.

Girardi was emotive during games, at times visibly frustrated when things went south. Thomson is freakishly stoic, totally unfazed by the roller-coaster peaks and valleys of a single game or a whole season. Girardi developed a reputation for being tough on his players, an active motivator who demanded everyone’s best at all times. Thomson is much more hands-off, preferring to let guys figure things out for themselves.

Many around the Phillies believed Girardi’s more hardened approach played a significant role in cultivating a tense environment with a lack trust and putting many players, particularly younger ones, on edge. Under Thomson, the vibe switched. Nowadays, the Phillies are decidedly more relaxed, more honest with one another, and players feel empowered to be themselves on and off the diamond.

It’s clearly working. Thomson’s style of leadership helped revive the Phillies, taking them from October afterthought all the way to the NLCS. When the top two hitters in Philadelphia’s lineup, Kyle Schwarber and Rhys Hoskins, started the postseason on frosty cold streaks, Thomson didn’t panic and didn’t switch up the order.

In Game 3 of the NLDS, Hoskins rewarded that faith with a now-iconic Philly sports moment. In Game 1 of the NLCS, Schwarber went 2-for-3 with a physics-defying moonshot that provided some breathing room in a tight 2-0 win.

Kyle Schwarber crushes a mammoth home run off Yu Darvish to put the Phillies up 2-0 on the Padres.

But trust is a double-edged sword.

Sure, it’s great to dance with the date you came with, but what if their feet get tired? Panic has its place, and there’s something to be said for the occasional glass-half-empty outlook. Faith isn’t always the most powerful force at play. (Feel free to use any of those for your yearbook quote, kids.)

Granted, it’s tough to blame Thomson for sticking with Aaron Nola, who hadn’t allowed more than four runs in a start in nearly two months, as long as he did. The Phillies got this far because Nola and Zack Wheeler have worked deep into games, simplifying things for the club’s shallow bullpen.

No, it was Thomson’s refusal to deviate from the typical blueprint that doomed his club in Game 2.

Nola didn’t have the good stuff Wednesday. In the first inning, Juan Soto and Manny Machado hit balls more than 110 mph on a pair of missed spots. A frame later, Nola gave up back-to-back solo shots on consecutive pitches to Brandon Drury and Josh Bell, marking the first time since July 26 that he surrendered multiple homers in an outing.

In the fifth inning, things got even worse. With Padres on second and third and the left-handed Jake Cronenworth due up, Thomson summoned Hand into the game. The 32-year-old southpaw has been a key part of Philly’s ‘pen all season, tossing 45 innings of 2.80 ERA ball. But in October, in the biggest moments, whether they come in the fifth or the ninth, call for the best you got. That’s Alvarado, an imposing figure with a fire-breathing fastball who has allowed just five runs in his past 31 appearances.

Instead, Hand hit Cronenworth with an 0-2 slider to load the bases and then yielded two knocks to Drury and Bell. That gave San Diego a 7-4 lead it would never relinquish. Padres win. Long flight home for the guys in red.

Ben Verlander and Alex Curry recap a wild NLCS Game 2 between the Padres and Phillies, with the Padres bats exploding for eight runs on 13 hits.

After the game, Thomson, in his trademark monotone voice, confirmed that he had no intention to go to Alvarado so early in the game. That’s understandable to a point, considering that Alvarado hasn’t appeared in the fifth inning of a game since late May. Other managers might’ve played their best card in that spot and figured out the future when it came around. Still, Thomson said he harbored no regret.

This is how Thomson handles things, how he has always handled things, with a steady heart rate and a sweatless brow. His calm demeanor has taken the Phillies to heights they hadn’t reached in a decade.

Whether his adherence to staying the course will sink his club in the end remains to be seen. There is much of this series left to go.

But be sure that the next time Thomson is faced with a similar puzzle, he’ll likely handle it in similar fashion. He’s a reliable presence, dependable as they come.

That’s part of why the Phillies are still three wins away from the World Series.