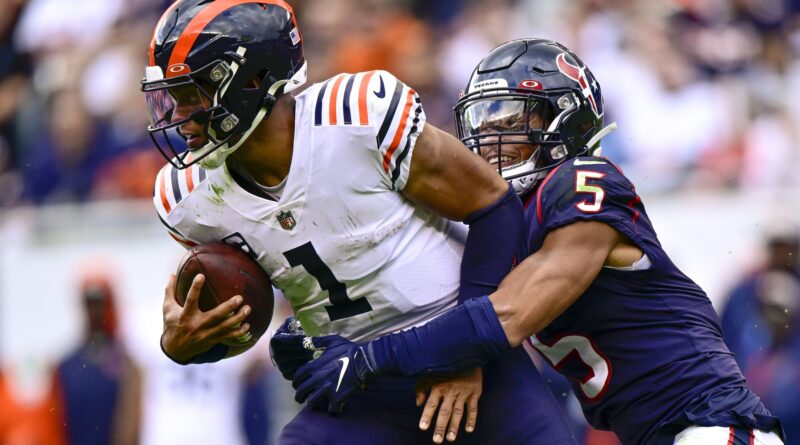 After a dramatic Week 18, the Chicago Bears hold the No. 1 overall pick in the 2023 NFL Draft. That could have a dramatic impact on the top 10. Will the Texans still get the quarterback they want after dropping to second overall by winning their regular-season finale? How will the Colts proceed at No. 4?

Those are some of the biggest questions entering the upcoming draft cycle. The top 18 is set (the rest of the first round will be determined by the playoffs), but the first several picks will set the tone for what transpires April 27-29 in Kansas City.

Here’s a look at how each team in the top 10 could approach the draft:

The Bears have some flexibility. Since they already have a potential franchise quarterback in Justin Fields, Chicago could trade down with a quarterback-needy team to secure a massive draft haul. Or they can stay put and take one of the defensive superstars (Alabama’s Will Anderson or Georgia’s Jalen Carter) if the feeling is that said player won’t be available a few spots down the board.

But drafting a quarterback can’t be fully ruled out. While Bears general manager Ryan Poles backed Fields as the starting quarterback in 2023 when speaking to reporters Tuesday, he also said he’d have to be “absolutely blown away” to take a signal-caller. So what if Alabama’s Bryce Young or Ohio State’s C.J. Stroud are in that category after the Bears evaluate them? Fields potentially being on the trade block would dramatically alter the top of the draft.

General manager Nick Caserio would surely like to find his long-term quarterback. Davis Mills proved that he’s not that after Year 2 struggles following an encouraging rookie season. The best-case scenario for the Texans is the Bears keeping the top pick to take a defensive player, allowing Houston to choose Young or Stroud. But it’s likely they would have to trade up for the top quarterback.

The Cardinals could prioritize edge rusher (with Anderson the clear front-runner), as J.J. Watt has retired and Zach Allen — another key pass rusher — is an unrestricted free agent. Offensive line is a strong option too, with four of five starters up front being UFAs, but that position group is not as strong high up in this draft. The Cardinals may need to replace starting cornerback Byron Murphy, a free agent in the spring.

After years of band-aids at quarterback, the Colts have to draft one, right? They have a top-10 pick for the first time since 2018 (Quenton Nelson, No. 6 overall) and a top-five pick for the first time since 2012 (Andrew Luck, No. 1 overall). General manager Chris Ballard acknowledged Tuesday he’d try to move to No. 1 overall if there was a quarterback the team was in love with.

Addressing the interior defensive line should be priority No. 1 for the Seahawks, who had the third-worst run defense in the NFL this season. Quarterback might be on the table, too. Geno Smith had one of the most surprising seasons in NFL history, but he cooled off a bit to end the 2022 regular season and it might be worthwhile to groom a replacement.

The Lions appear to be out of the quarterback market, with general manager Brad Holmes backing Jared Goff. Look for Detroit to address its defense, which improved late in the season but still struggled mightily overall. Interior defensive line and defensive back are the biggest areas of weakness. The Lions had the third-worst pass defense and fourth-worst run defense in the NFL last season.

The Raiders appear to be headed in the veteran quarterback route, with Derek Carr’s time with the franchise likely over and the franchise hoping to take advantage of high-level talent at some other positions. If that’s the case, look for Las Vegas to address its shaky offensive line and the edge rusher spot. Outside linebacker Chandler Jones fell far short of the expectations that came with his free-agent deal last offseason.

Assuming the Falcons give 2022 third-round pick Desmond Ridder more time in hopes he can be their long-term quarterback (he started just four games as a rookie), drafting a pass rusher feels like the best option. Atlanta had the second-fewest sacks (21) and second-worst pressure rate (22%) in the league this season.

The Panthers need a quarterback. They started three different signal-callers in 2022 (Baker Mayfield, Sam Darnold, P.J. Walker). Young and Stroud might be out of reach, but maybe Carolina is in play for Kentucky’s Will Levis. Florida’s Anthony Richardson should also be on the radar.

As great as the Eagles’ defense has been, they’ll have a hard time keeping it together in the offseason. Six starters will be free agents, hitting all three levels. If Philadelphia doesn’t trade down this pick, it should take the best defender available, regardless of position.