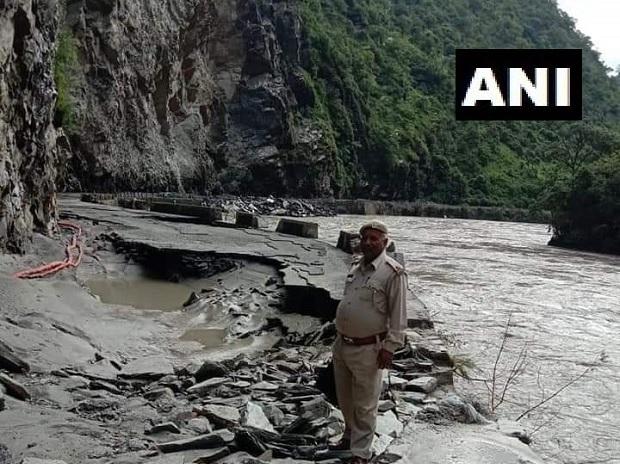 A total of 218 people have died and 12 are missing in Himachal Pradesh in the last three weeks this monsoon season, Jal Shakti Minister Mahender Singh Thakur informed the state Assembly on Wednesday

A total of 218 people have died and 12 are missing in Himachal Pradesh in the last three weeks this monsoon season, Jal Shakti Minister Mahender Singh Thakur informed the state Assembly on Wednesday.

Replying to a discussion on climate change on the third day of the ongoing monsoon session, Thakur said the state suffered a total loss of Rs 451.56 crore due to damaged roads, water lines and power transmission since June 13.

Several roads, bridges, PWD property, water lines had been fully or partially damaged due to heavy rains, he said.

The state government has so far suffered a loss of Rs 451.56 crore, the minister said.

Earlier participating in the discussion, Congress’s Kinnaur MLA Jagat Singh Negi stated that 70 per cent of the crops of farmers in Lahaul were damaged as they were unable to take their ripe crops to the mandis due to damaged bridges and roads.

The situation could not be properly managed by the government and the administration after the cloudburst in Udaipur subdivision of Lahaul-Spiti district, he alleged.

Several people had to spend some days in a cave as the administration could not rescue them, he claimed.

(Only the headline and picture of this report may have been reworked by the Business Standard staff; the rest of the content is auto-generated from a syndicated feed.)

Business Standard has always strived hard to provide up-to-date information and commentary on developments that are of interest to you and have wider political and economic implications for the country and the world. Your encouragement and constant feedback on how to improve our offering have only made our resolve and commitment to these ideals stronger. Even during these difficult times arising out of Covid-19, we continue to remain committed to keeping you informed and updated with credible news, authoritative views and incisive commentary on topical issues of relevance.
We, however, have a request.

As we battle the economic impact of the pandemic, we need your support even more, so that we can continue to offer you more quality content. Our subscription model has seen an encouraging response from many of you, who have subscribed to our online content. More subscription to our online content can only help us achieve the goals of offering you even better and more relevant content. We believe in free, fair and credible journalism. Your support through more subscriptions can help us practise the journalism to which we are committed.