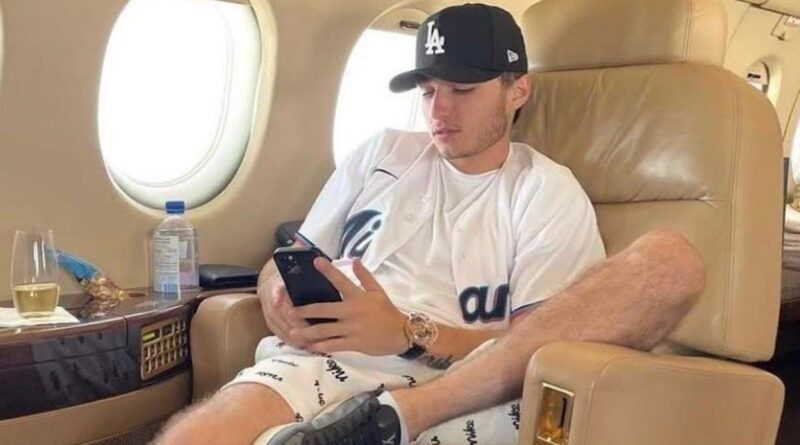 Five luxury cars, including two BMWs, two McLarens, and a Lamborghini, have been seized from 23-year-old Aiden Pleterski, the self-described “crypto king” of Canada, during bankruptcy proceedings according to a new report from the CBC. But those cars are only worth a fraction of the $35 million that Pleterski allegedly took from investors who thought he’d make them rich in the cryptocurrency market, and it’s not clear whether they’ll ever see their money again.

Pleterski and his company AP Private Equity Limited are facing at least two civil lawsuits after 140 people have come forward to say they invested a combined $35 million with Pleterski. Those people believed they were investing in cryptocurrency, and Pleterski’s online presence—including photos of the 23-year-old on private jets and next to luxury cars—helped create the image that he knew what he was doing.

Pleterski’s YouTube channel and Instagram account have been deleted but it appears he purchased articles on websites like Forbes.mc (the top level domain for Monaco) and the far-right news outlet Daily Caller to get his name associated with success in crypto investment.

The Daily Caller article from December 2021 includes a photo of Pleterski looking at his phone in what appears to be a private jet. Notably, December 2021 was a time when cryptocurrencies like bitcoin and ethereum were trading near all-time highs. The headline reads, “Aiden Pleterski: Meet the Young Canadian Investor Who Is Taking the World of Crypto By Storm.”

Listen up
These are some of the best earbuds Samsung users can get and feature active noise cancelling, incredible sound quality, and a long-lasting fast-charging battery.

Despite a notice that the article is from a “featured partner” many people don’t understand such articles are bought and paid for—a practice that has a long history. The text of the Daily Caller article about Pleterski is rather ridiculous and riddled with grammatical errors, but may have been enough to convince some people with no experience in crypto that he was an up-and-coming entity who could make them rich.

An excerpt from the Daily Caller, complete with the original errors:

It’s safe to say that Aiden Pleterski is not your average 22-year old. He had an early start in the crypto market, and he is quickly becoming one of the most influential and well-respected traders in the game today. Aiden was born in Whitby, Ontario (Canada), and he has been diving deep into the cryptocurrency world ever since 2015. As an avid gamer, he became acquainted with crypto early on, and it didn’t take long for him to become familiar and knowledgeable about the dynamics and know-hows of trading online. Initially, cryptocurrencies were a way for him to pay for in-game items more effortly, but later it became a broader interest for him, since crypto became a huge part of his actual life, and not just something that he’d use for in-game purchases or perks!

Another grammatically-challenged portion of the article explains that bitcoin couldn’t suffer severe fluctuations in price, a rather ridiculous claim to anyone familiar with bitcoin’s history.

What makes cryptocurrency so special is the fact that its worth is not very likely to plummet like that of other more traditional currency. The main issue with regular currencies of the fact that if a country or entity needs more money, they can simply print some more, therefore causing huge value shift in the market.

Pleterski’s article also claimed bitcoin is finite, which is a common defense of the cryptocurrency. And while that’s technically true, there’s nothing finite about the number of cryptocurrencies that can be created.

However, the whole concept of something like Bitcoin is that the amount of coins available is actually finite, meaning that those who hold and trade bitcoin aren’t going to experience huge fluctuation in value due to new batches of money being printed in order to meet demand, which in turn will cause a depreciation of the given currency. With an in-depth knowledge of what makes cryptocurrency so valuable and unique, Aiden has been able to make all the right moves and he is constantly ahead of the curve when it comes to foreseeing investment trends and capitalize on the value of his ever-expanding portfolio and growing crypto assets alike.

The question remains whether Pleterski actually invested any of the money in crypto to begin with, and speaks to just how strange the crypto market has been over the past year. For all anyone knows, Pleterski may have actually invested the money and lost it like so many others since the peak of November 2021. Bitcoin is down 56% since its price a year ago, while ethereum is down 57%. Pleterski insists he invested the money but that he’s just bad with record-keeping.

But some investors suspect Pleterski didn’t even bother investing the money, instead pocketing it for himself, according to people who spoke with the CBC.

“I don’t know if he was ever really trading,” Diane Moore, a woman who invested $60,000 with Pleterski, told the CBC. “Or was this his plan and it was just the story to get me in along with other people?”

Investors are trying to get their money back through the bankruptcy court and two civil lawsuits, but criminal charges haven’t been pursued, even though some have reported their incidents to Toronto police, according to the CBC.

Pleterski’s lawyer did not immediately respond to a request for comment early Wednesday. We’ll update this article if we hear back. If you handed money to Canada’s “crypto king” we’d love to hear from you. Did the advertorials Pleterski bought play in role in your decision to trust him with your money?