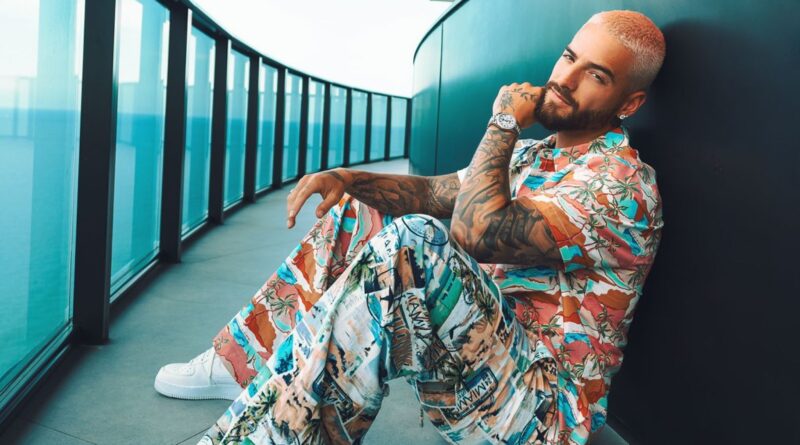 From Maluma to J Balvin, see the best Latin music news below.

This week, Maluma surprised one of his younger fans, named Bastian, with a new house in Colombia. “Dreams come true, welcome to your new home Bastian,” the Colombian singer shared on Instagram. Bastian is a cancer patient who’s been a fan of Maluma for a while now, according to La Opinion. “I am going to say a few words. Fight for your dreams, dreams come true. Don’t stop fighting. They take time, but they arrive,” said Bastian in the short clip.

J Balvin unveiled his new collaboration with Nike this week, flaunting a pair of sky blue Jumpman shoes that light up. “To jump is the first step to fly. Another one for the culture. Latino gang,” the Colombian artist shared on Instagram. A short video teaser showed Balvin rocking his new sneaker collab. “Follow your light. Take care of your mind. Jump for your dreams,” he said in the clip.

Former Billboard Latin Power Player AJ “Kallejero” Ramos announced his new project “Godfidence,” set to inspire his family, friends, and followers. “Godfidence” is a five-day devotional available on the YouVersion Bible App. “I’ve been working on this for the last several months,” he expressed on Instagram. “Connecting mental health with spirituality and aligning it with the word of God. Self-discipline + Self Love + Vulnerability + Surrender=Godfidence.”

In celebration of their 50-year career, Regional Mexican group Los Huracanes del Norte received their own star on the Hollywood Walk of Fame on Sept. 7. Father and son, Heraclio and Roberto García went up to the podium to accept on behalf of the group and give a heartfelt speech. “To be honest, I don’t even know where to start,” Heraclio said. “Today, a dream comes true. We’ve always strived to do meaningful things in life but this recognition is special as it will last forever. Our kids, and grandkids will be able to come here and say, ‘Look, there’s my dad or grandpa’s star.’ Thank you all for being here, this is a day we’ll never forget.”

Puerto  Rican duo Jowell y Randy teased their upcoming single during their concert at the Amway Center in Orlando, Fla. on Friday (Sept. 9). In front of over 15,000 fans, the ultimate perreo duo presented one minute of their single “Toro,” which will officially drop at 8 p.m. ET on Sept. 22. Produced by Subelo Neo and co-written by Mora, “Toro” can be pre-saved here. Listen to the preview below: