7:10 AM PT — A spokesperson for Frito-Lay tells this publication … the company is committed to ensuring the quality and safety of its products. The rep added, “This situation is highly unusual and troubling, and we have already taken steps to investigate and attempt to identify the root cause.”

Step aside, Cinnamon Toast Crunch … Flamin’ Hot Cheetos has raised a man’s shrimp tails and rat poo claims with a bullet … at least that’s what a father in Montana’s claiming.

Bow Horn Weasel of Elmo, Montana tells this publication … he bought the bag of chips Saturday at a local convenience store and his 6-year-old son broke it open Easter Sunday for a lil spicy chow down.

We’re told the boy found the bullet at the bottom of the bag after devouring the chips. The bullet appears to have Hot Cheetos’ red coating on it. Bow scoffs at the doubters, saying a bullet didn’t just drop out of the sky into the bag … and don’t even get him started with people who think the whole thing is made up. 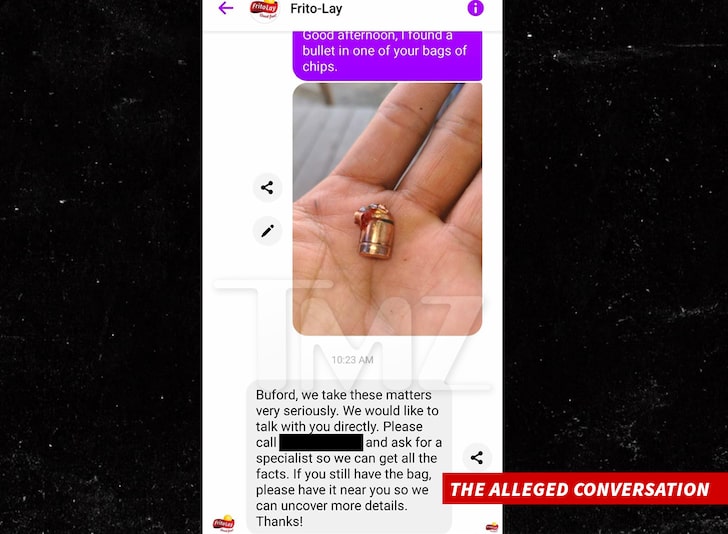 Bow says he reached out to Frito-Lay on Facebook and also fired off an email. He claims it wasn’t long before a company rep reached out with a specialist who told Bow they’re taking the matter seriously. Bow says Frito-Lay’s sending him a kit for some sort of testing.

Bow says he’s not looking for compensation. He just wants Frito-Lay to take a hard look so this thing doesn’t ever happen again. 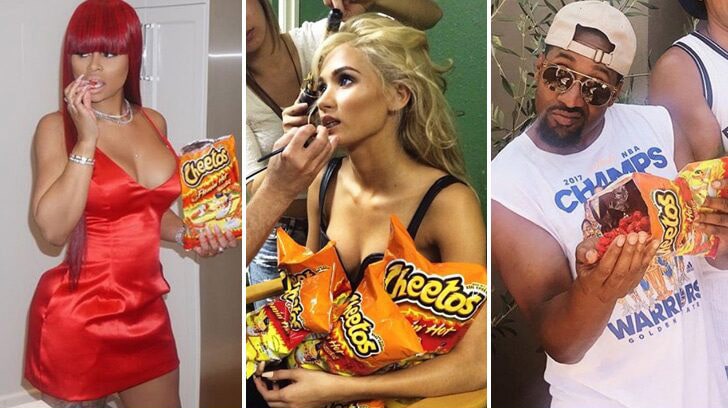 We’ve reached out to PepsiCo, Frito-Lay’s parent company … so far no word back.