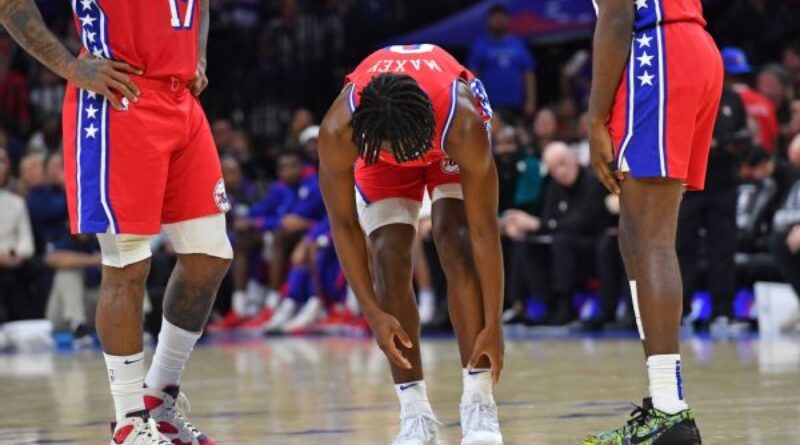 PHILADELPHIA — Emerging Philadelphia 76ers star Tyrese Maxey suffered a left foot injury and sat out the second half of Friday night’s 110-102 win over the Milwaukee Bucks at Wells Fargo Center.

X-rays on Maxey’s foot were negative, sources told ESPN’s Adrian Wojnarowski, and the team said an MRI has been set for Saturday. Head coach Doc Rivers added that Maxey was already wearing a walking boot after the game.

Maxey suffered the injury with 1 minute, 36 seconds to go in the first half, when he landed awkwardly on the foot while being fouled in transition. He grimaced and let out a yell as he hopped up the ramp behind the basket, then limped back to the foul line and split a pair of free throws.

After the Sixers committed an intentional foul, Maxey hobbled off the court and back to Philadelphia’s locker room. The team then ruled him out for the rest of the game at the start of the second half.

Maxey had arguably the best half of his career before the injury, finishing with 24 points, four rebounds and five assists while going 9-for-12 from the field, including 3-for-4 from 3-point range. He played virtually the entire half, with the 76ers down several players due to injury, including James Harden, who has been out for two weeks with a foot sprain, and Tobias Harris.

“He really had his rhythm, was attacking,” Rivers said of Maxey. “That was tough.”

Maxey, 22, has had a tremendous third season for Philadelphia, averaging 22.9 points while shooting 42.2 percent from 3-point range.