8 WAYS ON HOW TO KNOW A UNIVERSITY FRESHER. 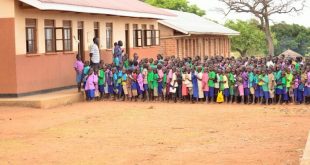 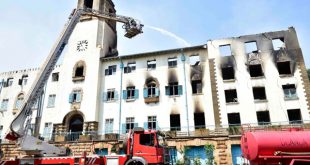 Joining campus, in the passed wasn’t a walkover and anyone who got a chance to join any university was taken to be a role model  after his or her course of study. A big past in his or her clan or village was waiting for him. Surprisingly, no one could mind about their way of life at campus in terms of what they eat or drink and it was hard to identify a fresher and a 3rd year student of the time. But now, things have changed because its easy to know who a fresher. When one joins campus he or she feels exited, mortal fear and some think that they are on top of the world.

Move with big brown  envelops.  Freshers from whichever school they come from, do move with brow big envelopes in their hands from morning to evening. Moving from corner to corner and when you meet them on the way you may think that they are carrying gold with them yet in actually senses they are just carrying pass lips and Bank slips with them. Asking every moving creatures where certain offices are.

Always move in pairs or Groups. Once they
release that they come from the same village, church, or school, they make sure that they do go for lectures, lunch, and even toilets in groups of more than 5 people. Discussing on how they used to wakeup very early in the morning for preps and how they used to hate a certain teacher at their former schools however the issues concerning their results can’t be left out in their conversion. And how a certain preacher favours  some girls in church choir than others. So just get to know that your dealing with a fresher.

Way they dress. They do come with their village way of dressing. They always put on tops which are similar to their skirts ” combine” out fits thinking its a way of design not forgetting the long skirt that were their dress hobby at high school.

Love English. Some high schools do distribute cards to those who speak local languages at school so when these join campus they come with that shock in them and so they keep on shouting in English thinking that an academic prefect is passing  near by.

Hair style and make up .Many high schools do not allow girls to go  for classes with any type of hair which is above 2inches and not even a single make up. So when they join campus , they take this as an opportunity. They start plaiting long and coloured hair styles and even fake make up in order to show the world that they also exist. Yet in the actual sense  its not  new to the world or rather environment.

Ever first at and off campus. Even when one has a lecture at 5pm in the evening, they do make sure that by 10am they are at campus in order to get those front sits and no one wants to miss any lecture even when they are working at least they make sure, they are at campus In order to caught up with a lecture. And when it comes to attending list, they always do fight for it as if they are fighting for a first class degree and while in class no one can even start up a KB so their classes are as quite as a mouse or a lamb . And after lectures these disappear Immediately like wind to there hosts so that the askari doesn’t close them out. Or parents don’t ask them questions.

Loose their way out. They always do not know where they are heading. So they keep on asking whoever they meet on their way even those who don’t know what a lecture means.

Ask for assistance. When given assignment by any lecturer. They look for help from whoever they meet at campus even a mere compound cleaner that is why many end up giving their materials to conmen and the end result is so sad. Not forgetting how they  keep asking for passed papers as if they are preparing for their UNEB exams.