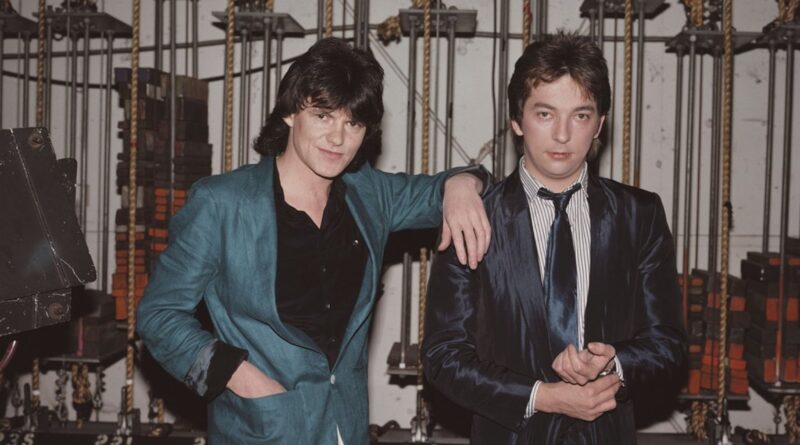 The group behind the hit “Always Something There to Remind Me” says Reservoir refuses to acknowledge that they invoked the termination right for their music.

The members of 1980s new wave band Naked Eyes are suing Reservoir Media Management to win back control of their masters in the latest music industry battle over copyright law’s so-called termination right.

In a complaint filed last week in Los Angeles federal court, the members of the English synthpop group claimed they had filed a valid notice invoking the termination right – a rule that allows artists to take back control decades after selling their music – but that Reservoir had “stubbornly” refused to acknowledge it.

“While the Copyright Act confers upon authors the valuable ‘second chance’ that they so often need, the authors of sound recordings … have encountered not only resistance from many record labels and music companies, they have often been subjected to the stubborn and unfounded disregard of their rights under the law and, in many instances, willful copyright infringement,” the lawsuit reads.

Comprised of Peter Byrne and Rob Fisher, Naked Eyes rose to prominence in the early 1980s. Their 1983 cover of “Always Something There to Remind Me” rose to No. 8 on the Billboard Hot 100, and their follow-up “Promises, Promises” reached No. 11 on the chart.

The lawsuit was filed by Byrne and Graham Fisher, heir to the late Rob Fisher. It claims they filed proper notice to terminate Reservoir’s control of their debut self-titled album, which contains both “Always Something” and “Promises, Promises,” meaning the rights should have reverted back to them on May 9. But they say the company has continued to exploit the album “with impunity” ever since.

“This action is brought upon the grounds that Reservoir, without any viable or tenable legal grounds for doing so, has stubbornly and willfully refused to comply with Naked Eyes’ Notice of Termination,” the complaint continues.

There’s been no shortage of recent music lawsuits over the termination right. Brian Wilson and his ex-wife are involved in termination litigation, as are Cher and Sonny Bono’s widow. 2 Live Crew is fighting a case filed by its former label, and Dwight Yoakam only just recently settled a case he filed against Warner Music. Most notably, Universal Music Group and Sony Music are facing proposed class actions that seek to allow hundreds of recording artists to use the termination right to win back their masters.

In a statement to Billboard, Naked Eyes’ attorney Bridget Byrnes Hirsch said the lawsuit had been a last resort: “Naked Eyes asked Reservoir Media Management to follow the law and return the US rights, but Reservoir flatly refused, and, to make matters much worse, Reservoir has continued to exploit the masters and has engaged in copyright infringement. Unfortunately, suits like this one will continue to be filed, until labels like Reservoir decide to honor the inalienable termination rights of recording artists.”