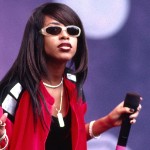 There has been an ongoing battle between Hankerson, who has control of Aaliyah’s masters, and the estate over her catalog. Most songs by Aaliyah, a multiplatinum R&B superstar who was killed in a plane crash 20 years ago this month, are not available on streaming services.

In January, the Aaliyah Estate took to social media to offer an update on when her music may be accessed digitally. “We hear you and we see you. While we share your sentiments and desire to have Aaliyah’s music released, we must acknowledge that these matters are not within our control and, unfortunately, take time,” Aaliyah’s estate wrote. “Our inability to share Aaliyah’s music and artistry with the world has been as difficult for us as it has been for all of you. Our priority has always been and will continue to be Aaliyah’s music.”

The estate noted last August through Aaliyah’s Instagram account, on the 19th anniversary of her death, that communication had begun between it and various record labels regarding her catalog and its availability on streaming platforms. However, there have been no details since that post of the singer’s music becoming available through the estate.

“Although we will continue to defend ourselves and her legacy lawfully and justly, we want to preempt the inevitable attacks on our character by all the individuals who have emerged from the shadows to leech off of Aaliyah’s life’s work,” Wednesday’s statement read. “Ultimately, we desire closure and a modicum of peace so we can facilitate the growth of the Aaliyah Memorial Fund and other creative projects that embody Aaliyah’s true essence, which is to inspire strength and positivity for people of all creeds, races and cultures around the world.”

Aaliyah hits included “One in a Million” and “Try Again.” She also starred in the 2000 movie Romeo Must Die with Jet Li.