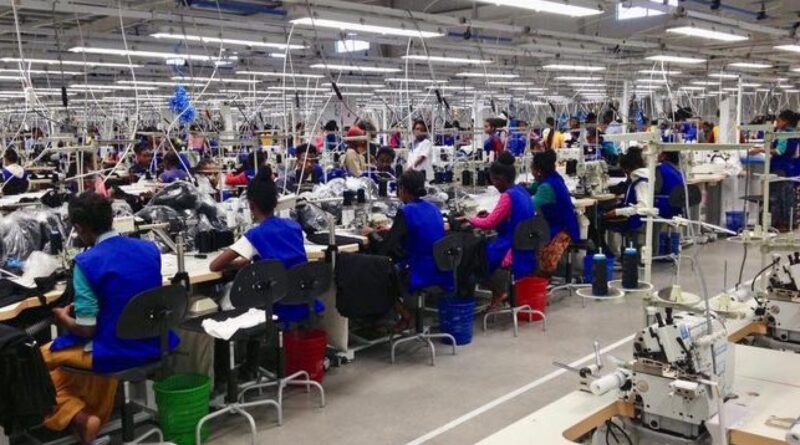 We’ve heard calls for a just transition but what does it mean? A just transition, according to the Paris Agreement, rests on creating decent work and quality job opportunities, and  implementing climate policy in a way that is as fair and inclusive and leaves no one behind, says the International Trade Union Confederation (ITUC). It wants to ensure that a move to a green economy benefits everyone and addresses poverty, inequality, and gender gaps, while providing quality jobs, protecting worker rights and managing natural resources sustainably.

Eric Manzi, the Deputy General of ITUC-Africa gave the sense of how countries are faring as they move towards low carbon economies. “As the African movement we share the same universal principals in terms of the decent work agenda. We’re convinced that the four pillars of the decent work agenda are the social dialogues, social protection, and rights at work … are indispensable building blocks for sustainable development in Africa. The policies must be strong and sustainable in terms of creating growth and development in Africa. When we refer to the greening of economies into present jobs, we consider in this context of sustainable development and poverty eradication”.

In the African context, … the majority of African countries are underdeveloped, there’s endemic unemployment, especially among young people .. the respect for workers’ rights is not usually defended in many countries. I think the just transition is important to review the way we do things.”

“But we also have some challenges. If you take for example the mining sector. In many countries, it’s artisanal where we have a large number of informal workers, like in DR Congo, Burkina Faso, etc. The mining sector is supposed to provide welfare for the population but this is not the actual case, as sometimes artisanal mining isn’t regulated. Sometimes they try to enforce international regulations in terms of trade. But when we arrived on the ground, the way they treat the people showed that that area is still terrible. There’s no transparency and there’s corruption which is endemic especially in the extraction of oil and gas, for example in Nigeria. Nigeria is a big country but a large part of the population is poor. So the Just Transition can be a way where we can see and create more additionally decent jobs through the investment into our environmentally, sustainable production as well as the management of natural resources.”`

Through a just transition, African countries can ensure a fairer redistribution of wealth and ensure that climate action is taken along with development. However, it is important to note that without policies and processes, worker strikes, civil unrest, social inequality as well as a decline in production can occur. ILO research suggests that, by 2030, more than two percent of total working hours worldwide may be lost every year as a result of climate change, either because it is too hot to work or because workers have to work at a slower pace.

In South Africa, a Just Energy Transition Blueprint for Workers was developed by the Congress of South African Trade Unions (COSATU) and its affiliates to ensure workers can drive radical transformation while still adhering to policy and collective bargaining. With South Africa’s energy mix under revision, particularly given a greater emphasis on renewables, progress made towards a just transition can be attributed to cooperation between partners over a period of time.

Lebogang Mulaisi, Head of Policy at COSATU gave an overview of what has been happening in South Africa. “I think we’re in an exciting period, she says. “The last five years in South Africa have been quite rapid in terms of transitions into a low carbon economy. The work that the trade union movement has done in South Africa has been really because of the international cooperation and solidarity that we received, whether it is been from ITUC Africa or ITUC more broadly. It is because we shared our ideas because we have learned lessons from other countries that have been doing in other parts of the world. We’ve been then able to develop what our response has needed to be, I think with the ILO putting in the premise of social dialogue and transparency in the process relating to the just transition. I think that has guided our work. What’s wonderful about South Africa is that we just have a great culture of social dialogue. So when there was an opportunity to establish a national platform for us to continue the social dialogue through the establishment of the Presidential Climate Commission. We took on this responsibility and I think through the work of the Presidential Climate Commission, particularly the work of labour has really made an impact in how to articulate the concept of a just transition.”

The Presidential Climate Commission is focused on creating a social partnership around a just transition; defining a vision for a just transition, and means of achieving that vision, covering the necessary sectoral shifts, technological innovation, employment opportunities, and climate finance, as well as conducting independent analysis into climate change impacts on jobs, the economy, and policy. South Africa’s just transition journey has been a success through its collaboration between government and non-government partners.

Mulaisi adds, “we are one of the very few countries who insist that the just transition principle is embedded in our country’s Nationally Determined Contributions (NDC). And we did that because at the heart of every conversation around the environment and decarbonisation if you’re not factoring in the concerns of workers, and communities, you can’t be set to talking about the just transition in earnest. A lot has happened in our advocacy, education, and training of the workforce. Now you see a workforce that is more involved in conversations around climate, a workforce that understands that our economy is in the process of a rapid transition …”.