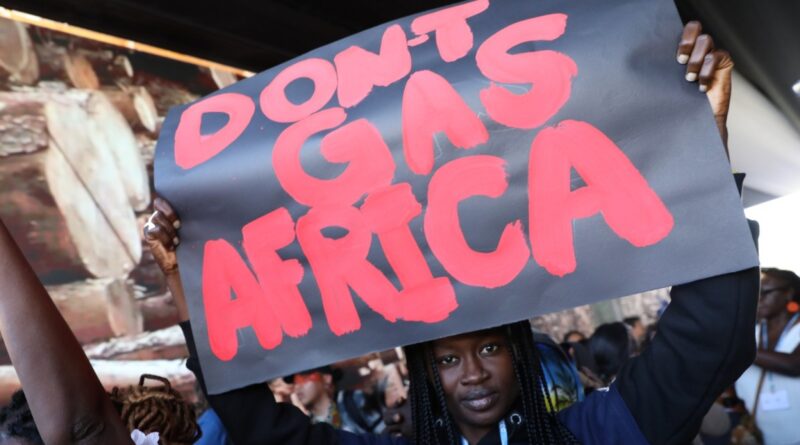 Sharm el-Sheikh — The 27th UN Climate Change Conference of the Parties (COP27) draws to an official close on Friday, November 18 after two weeks of intense negotiations in the resort town of Sharm el-Sheikh, Egypt. With little consensus on the draft cover text, the summit may well stretch on into the weekend.

This COP – the third in Africa after COP22 in Marrakech, Morocco, and COP17 in Durban, South Africa – was billed as an “African COP”. Discussions were expected to centre on the urgent actions needed to address the mounting impacts of climate change – especially on frontline communities in Africa and vulnerable countries around the world.

At a Pre-COP conference held in Rwanda last month, Mohamed Adow, founder and director of Power Shift Africa, said: “Africa accounts for less than 3% of global emissions yet we are the ones who are severely affected by climate change. We suffer the most largely because of emissions from rich countries who are heavy emitters. The COP27 conference in Egypt is a golden opportunity for Africa to come together and make a strong case for climate justice.”

To that end, Internews’ Earth Journalism Network – in partnership with the Stanley Center for Peace and Security – has supported six African journalists (among 14 other journalists from low- and middle-income countries) to cover the COP as part of their Climate Change Media Partnership (CCMP) program me .

” It’s critical for African journalists to cover global climate summits such as this one. They are helping to shape public opinion, as audiences back home benefit from daily updates on the negotiations, and at the end of the day, that informed debate leads to better climate policies,” said veteran journalist and media trainer David Akana, who is supporting the journalists to cover proceedings on the ground in Egypt.

For many of these journalists, the climate crisis is a personal one.

” My maternal home was devastated by the recent floods that killed over 600 people in Nigeria,” said Paul Omorogbe, a CCMP Fellow and journalist with the Nigerian Tribune . “The videos I received showed how the town located in Delta State was completely inundated by the flood waters. People were displaced and livelihoods have been destroyed. It was an emotionally disturbing experience to view the footage. Certainly, with the way things work in this country, it will take a long time for the community to recover. So far, people have been relying on support from the community. For example, in my church, we’ve gathered money to send to our brethren whose churches and homes were affected by the floods. There is little help from the state and federal government that gets to the victims,” he said.

In Liberia, frontline communities are also reeling from the impacts of sea level rise and coastal erosion. “‘In the last five years, my country has witnessed the gradual disappearance of a vast portion of its coastal lands. It has washed away hundreds of homes and at the same time heavy downpours have caused rivers to overflow, leading to flooding and displacing some rural residents,” said CCMP Fellow Evelyn Kpadeh Seagbeh, a Liberian journalist who reports for Power FM/TV .

Pauline Ongaji, CCMP Fellow and journalist at the Daily Nation , Kenya, shared that her country, like the rest of the Horn of Africa, is facing the biggest drought ever recorded in the past 40 years. “People have died of hunger and farmers have lost their crops and animals,” she said.

Cameroon has been hit hard by both floods and droughts. Killian Ngala, a Cameroonian CCMP Fellow who reports for Timescape magazine, shared that floods across the country’s Far North region have destroyed over 20,000 homes, inundated farmlands and rendered thousands homeless. “Drought is also a huge problem. Last year for instance, people were killed in the region when farmers and grazers fought over dwindling water resources,” he added.

Although hopes were high that this summit might prove to be a crucial turning point for developing countries in Africa and beyond, who collectively pushed for concrete action on climate finance, the mood at the UNFCCC’s media centre in Sharm el-Sheikh during these final hours has turned reflective.

Ngala shared that the overall feeling is that Africa, which was rooting for a loss and damage facility to materialise, seems to be going back empty-handed, and could have made a better case for its position at the COP. “It’s a shame that Cameroon’s voice is chronically missing at gatherings of world leaders – especially given the urgency of preserving the Earth’s “second lung”, the Congo Basin,” he said.

” In my view the African group of negotiators has not been able to move the needle on climate action,” added Omorogbe. “Their focus has been on getting funding, and with some headway now on carbon markets (which has been criticised by civil society as a false solution), we know little about how it will actually impact or benefit local communities.”

Akana, who urged the Fellows to have realistic expectations of what can be achieved in global multilateral conferences such as this one, pointed out that their work continues when they return home, as African journalists will need to not just report on what historical polluters are doing – or not doing; they must also hold their own governments accountable to their Nationally Determined Contributions (NDCs) and actions to build climate resilience.

Seagbeh, for her part, is already looking past the conference to her next story. “I’ll be looking into whether Liberia is on track to achieve its NDCs and following the money to see what Liberia receives as climate finance (from the Least Developed Countries Fund and other sources) and how it uses these funds,” she said.

Covering COP27, regardless of its outcomes, “has been an incredible learning experience” for the journalists he’s mentored through the Climate Change Media Partnership, said Akana. “They had the opportunity to meet high-level officials, to learn from their peers, and unpack technical outcomes of the negotiations as they unfolded,” he said. “It’s a defining moment for their careers.”