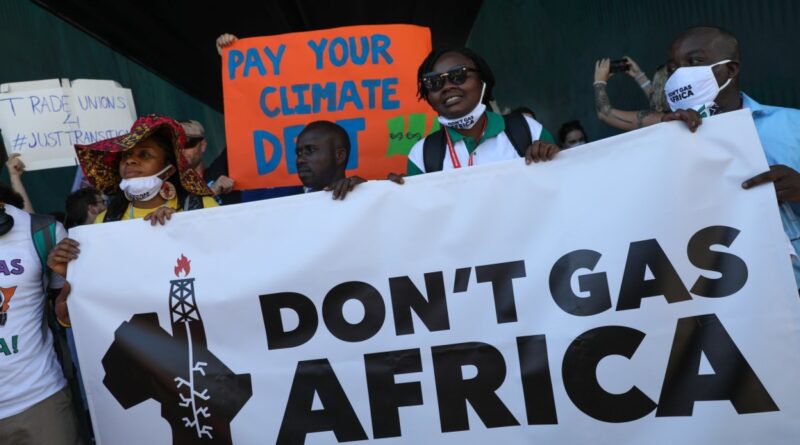 Sharm el-Sheikh — Experts warn that fossil fuels must stay in the ground in order to prevent the worst effects of the climate emergency and putting at risk the goal of curbing global warming to a 1.5 degrees increase from pre-industrial levels.

Africa contributes the least to global warming and has the lowest total greenhouse gas emissions but remains the most vulnerable continent, facing systemic risks to infrastructure, water and food systems, public health, and livelihoods, that threaten to undo development gains and increase levels of extreme poverty. This has also prevented African countries from achieving the UN’s Sustainable Development Goals (SDGs), particularly in the areas of poverty, health, climate, and economic growth.

“And so if we are going to unstitch the fossil fuel system, we are going to have to do it with a justice and equity lens. And so the fossil fuel treaty initiative as a network of civil society organisations, from over 120 countries, every continent in the world has come together to say we want to meet the 1.5-degree goal, we want to do it with justice,” he added. Under the Paris Agreement, all countries agreed to take collective action on climate change to keep global temperature increases to no more than 2°C above pre-industrial levels. African countries have outlined bold aspirations to build climate-resilient and low-carbon economies in their Nationally Determined Contributions (NDCs) to the Paris Agreement.

The United Nations Climate Change (UNFCCC) Executive Secretary, Simon Stiell stressed the importance of curbing global warming to 1.5 degrees, saying it is a goal set by the Paris Agreement but also grounded firmly in science and hard data. Stiell called on parties to “bridge the divide” to ensure rapid action on mitigation, adaptation, loss and damage finance, and accountability, and encouraged nations to come out with “substantive positions” to move forward on these issues.

A panel of experts in policy, activism and advocacy in advancing a just transition away from fossil fuels sat down to discuss the challenges and opportunities of the transition.

Dean Bhebhe of PowerShift Africa went on to highlight the “Don’t Gas Africa campaign” – a collective of civil society organisations in Africa who came together to call on African leaders to avoid relying on gas as a major source of energy as countries move away from fossil fuels. It is fundamentally at its core, a people-centered approach …  investing in gas investments will fundamentally lock Africa in a future that is grounded on uncertainty and precarity.”

Bhebhe added that “investing in fossil gas production will lock the continent into creating stranded assets, for example, we have seen the climatic shocks as a result of the climate emergency floods in South Africa, floods in the Niger Delta, and famine across Sub Saharan Africa. Already, a significant number of people have been left victimised by the historical ‘extractivism’ of coal, and oil. The people in Lake Turkana are displaced as a result of energy projects. The people in Limpopo in South Africa, had their relatives or graves desecrated, all in the name of creating coal mines.”

“So fundamentally, the Don’t Gas Africa campaign wants to end energy apartheid, wants to own the energy narrative, and wants to centre people at its core, using a human rights framework where Africa can finally be a key stakeholder within the emerging green global economy, instead of just being a headline or a victim of the climate crisis.”

However, African leaders are considering a new position that would prioritise fossil fuels and nuclear over cleaner, cheaper, renewable energy, according to campaigners. An African Union committee has put together a proposal, the African Common Position on Energy Access and Transition, that explicitly calls for the expansion of fossil fuel projects, but barely mentions renewable energy or decentralised energy access, which would pollute the continent, and put lives at risk.

Campaigners are concerned that the position will fail to achieve its own objectives of ensuring energy access and transition. They have also expressed concerns that it could have drastic consequences for Africa’s future prosperity, locking in a massive risk of stranded assets and damaging development prospects, while prioritising exports to Europe and the Global North. It could also damage the credibility of COP27 and the viability of global climate goals as set out in the Paris Agreement. Their concerns are set out in an African Energy Access and Transition Memorandum.

Mohamed Adow, director of Power Shift Africa, referenced the proposal by saying: “It would be a shameful betrayal of African people, already on the frontline of the climate crisis, if African leaders use this November’s COP27 climate summit on African soil to lock Africa into a fossil fuel-based future. Not only would the exploitation of Africa’s vast reserves of oil make it close to impossible for the world to limit global heating to 1.5 degrees Celsius above pre-industrial levels, but it would also wreak havoc on the environment and the people living in it.

This story was produced as part of the  2022 Climate Change Media Partnership, a journalism fellowship organised by Internews’ Earth Journalism Network and the Stanley Center for Peace and Security