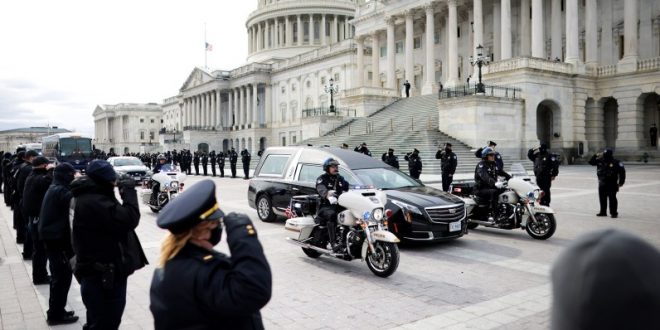 After Arrests for Alleged Assault of Officer Sicknick, Many Questions Remain

We don’t know what caused Sicknick’s death, whether the arrested men caused it, and why the medical report remains incomplete.

O
n Monday, the FBI, as NR’s Tobias Hoonhout reports, arrested two men on charges arising out of their alleged assault on Officer Brian Sicknick at the January 6 Capitol riot. Officer Sicknick, who served in the Capitol Police, died the day after the melee. The two defendants, Julian Elie Khater and George Pierre Tanios, were arrested over the weekend on a complaint that was sworn to by an FBI agent back on March 6.

Khater and Tanios appeared on the charges via video-conference Monday in federal district court in Washington, D.C. They are detained pending further bail proceedings.

The most notable aspect …