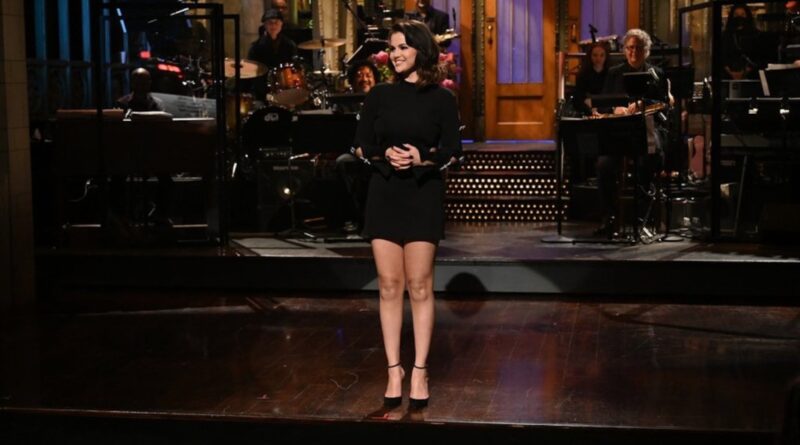 This past weekend, Selena Gomez hosted Saturday Night Live for the very first time, where she showed off her spot-on Miley Cyrus impression and reminded viewers of her showbiz beginnings on Barney & Friends. While she’s far from the first musician to host SNL — following in the footsteps of Lizzo, Adele, Taylor Swift, Bruno Mars, Billie Eilish, Drake, Ariana Grande and many more — her hosting gig got us thinking: Which musician should host the show next?

On the latest episode of the Billboard Pop Shop Podcast, Katie & Keith throw out a few ideas for current musicians who would make great SNL hosts, from Megan Thee Stallion and Olivia Rodrigo to Lil Nas X and Doja Cat. And you might be just as surprised as we were to learn that Beyoncé has somehow never hosted (can we fix that ASAP, Lorne?).

Below, listen to the full podcast, and scroll down to vote in our poll: Which musician do you think would make the best Saturday Night Live host?

Also on the show, we’ve got chart news on how Bad Bunny scores his second No. 1 album on the Billboard 200 and, in doing so, gives the chart just its second all-Spanish-language No. 1. Plus, Lizzo lands her fourth top 10 hit on the Billboard Hot 100 songs chart with “About Damn Time.” And, as it joins Latto’s “Big Energy” in the top 10, there’s a surprising common bond between the two that you maybe didn’t realize.

The Billboard Pop Shop Podcast is your one-stop shop for all things pop on Billboard‘s weekly charts. You can always count on a lively discussion about the latest pop news, fun chart stats and stories, new music, and guest interviews with music stars and folks from the world of pop. Casual pop fans and chart junkies can hear Billboard‘s executive digital director, West Coast, Katie Atkinson and Billboard’s senior director of charts Keith Caulfield every week on the podcast, which can be streamed on Billboard.com or downloaded in Apple Podcasts or your favorite podcast provider. (Click here to listen to the previous edition of the show on Billboard.com.)