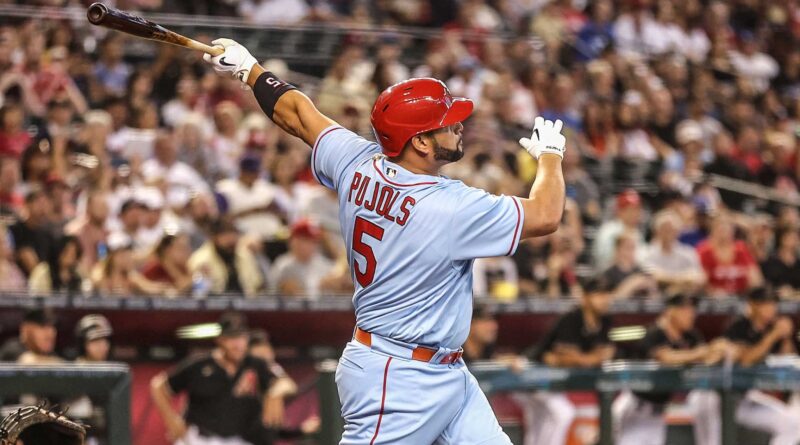 His first home run came in the top of the second inning off Arizona left-hander Madison Bumgarner, drawing a huge cheer from the Diamondbacks faithful.

Pujols victimized Bumgarner again in the fourth inning, a no-doubter to almost the exact same spot. He finished the game 4-for-4 with the two home runs in a 16-7 Cardinals victory.

The St. Louis Cardinals cruised to a 16-7 victory against the Arizona Diamondbacks as Pujols moved within eight of the 700-home run mark.

Pujols, 42, has 13 home runs in 70 games this season, including five in his last five games. With the big day, Pujols also moved past Stan Musial into second place on the career list for total bases. The three-time MVP has announced that this will be his last season.

With eight more home runs, he would become just the fourth player in MLB history to hit 700. He currently ranks fifth on the all-time list:

Get more from St. Louis Cardinals Follow your favorites to get information about games, news and more.