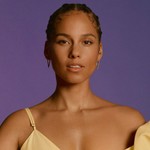 Behind Keys and Braxton, Mary J. Blige and Whitney Houston are tied for the next highest sum among women, with six each.

In addition, “Done” secures Keys’ 92nd week atop Adult R&B Airplay, furthering her record in that category, too. Maxwell ranks second thanks to 73 weeks at the summit, while Braxton lands in third place with 50 frames.

Let’s recap the spread of Keys’ 92 weeks in charge across her dozen leaders:

Plus, with “Show Me Love” and “So Done” both appearing on Keys’ seventh studio album, Alicia, the set is her first to produce multiple chart-toppers since her third, As I Am. That album, released in 2007, housed “No One” and “Like You’ll Never See Me Again.”

Featured artist Khalid, meanwhile, picks up his third No. 1 on Adult R&B Airplay, following his singles “Location,” which reigned for three weeks in 2017 and “Talk,” which racked up 12 frames in charge in 2019.

As that trio makes for his entire Adult R&B Airplay chart history, the young talent is the first act to have his first three entries each reach No. 1 since Daniel Caesar sent “Get You,” featuring Kali Uchis, “Best Part,” featuring H.E.R., and “Love Again” with Brandy in 2018-19 before “Japanese Denim” broke the streak when it peaked at No. 13 last May.