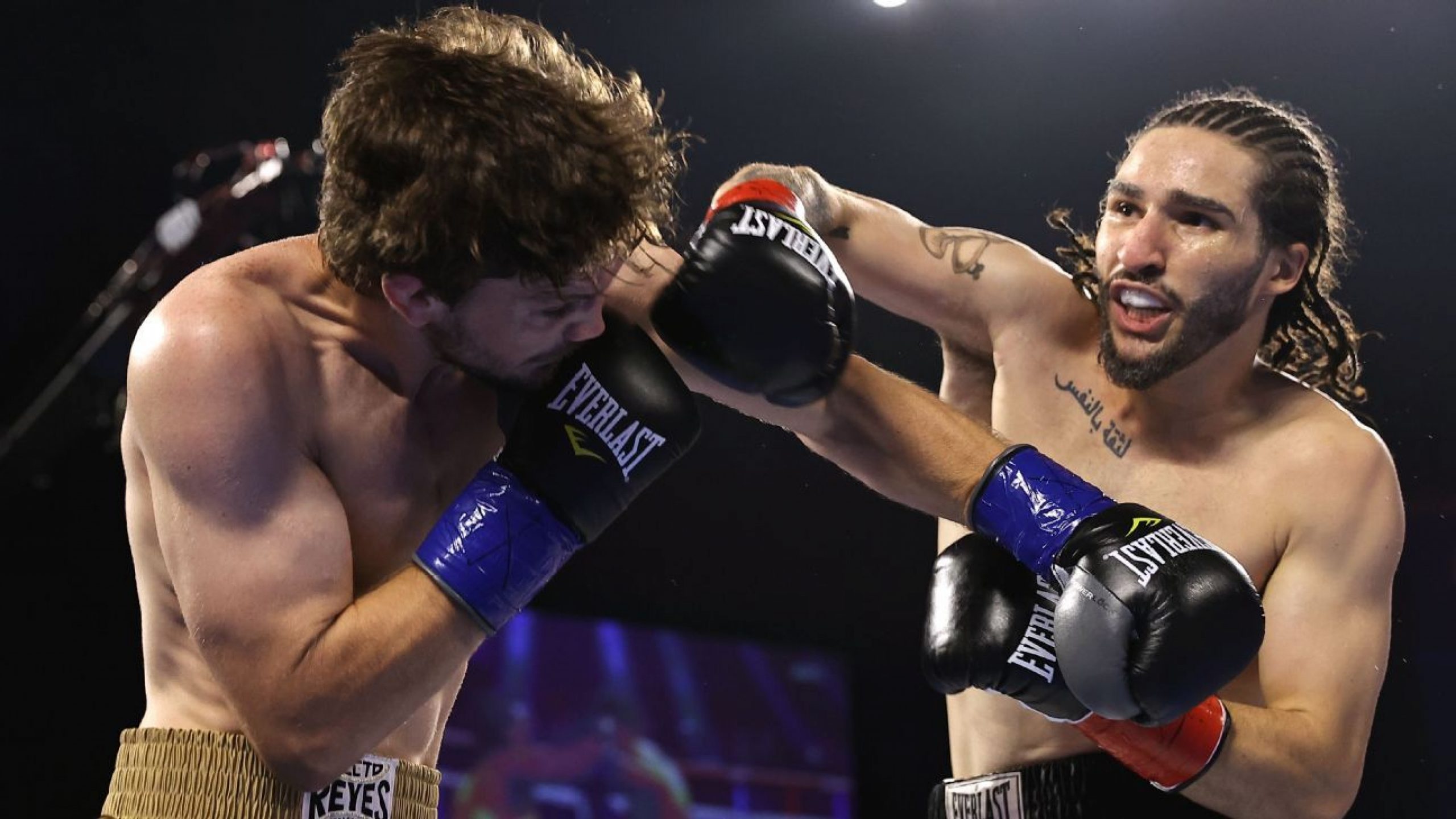 TULSA, Okla. — Wearing a pair of white-and-black trunks his grandfather gifted to him, Muhammad Ali’s grandson Nico Ali Walsh made his pro boxing debut Saturday night with a first-round TKO of Jordan Weeks.

Ali Walsh, 21, displayed the kind of flair for the dramatic Ali would surely be proud of, whipping the Hard Rock Hotel & Casino crowd into a frenzy with his right hand as the referee administered a 10-count following the knockdown. The middleweight followed up with a barrage of punches, bloodying Weeks’ face, before the referee stopped the mismatch.

“I think me and him made a little bit of history tonight,” said Ali Walsh, who is trained by SugarHill Steward, the same man who guides heavyweight champion Tyson Fury.

“This lived up completely to my expectations,” he added. “It’s been an emotional journey. … Obviously my grandfather, I’ve been thinking of him so much. I miss him.”

“The Greatest” died in June 2016, just shy of Ali Walsh’s 16th birthday. Ali Walsh grew up in Las Vegas and embarked on an amateur boxing career, hoping to follow in the legendary heavyweight champion’s footsteps. Against Weeks, Ali Walsh was allowed to tee off.

Weeks, 29, from Lexington, South Carolina, was coming off a fourth-round TKO to a 1-6-1 fighter.

For Ali Walsh, who is competing at middleweight, it will clearly be a work in progress as a young boxer learning on the job. And there’s no one better at developing such fighters than Bob Arum’s Top Rank, the same promoter that once guided Ali.

“Step-by-step, play it by ear; watch his development and bring him along as fast as he’s able to go,” Top Rank matchmaker Bruce Trampler told ESPN. The Hall of Famer started working with Ali in the 80s.

“I’ve seen him in the gym every day for a month. He’s learning. He hasn’t fought in over two years. SugarHill has been away with Fury and some other fighters. … It’s about building a relationship between the trainer and fighter and you can imagine the pressure on the fighter tonight. It was fun and he’s a terrific kid.”

No matter whom Ali Walsh fights or what level he reaches, one thing is clear: People will be watching his rise. His bloodline guarantees it.

“It seems like a lot of pressure; to me, it’s just my grandfather,” Ali Walsh said. “He’s the greatest fighter who ever lived — maybe the greatest person. … I’m never wearing these trunks again.”