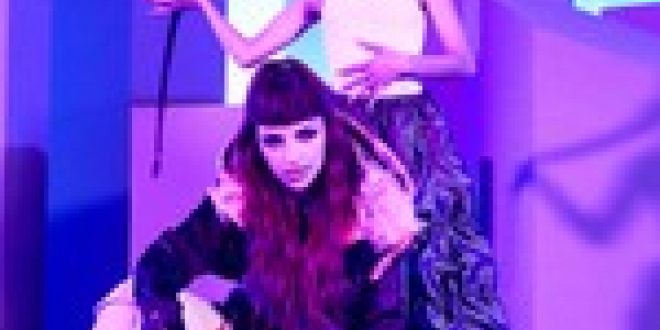 All the Best Latin Collaborations of 2021 (So Far), As Voted by Fans

Best Latin Collab of January: Voted by fans with more than 41 percent of the votes.
Runner-Up: VF7, Jay Wheeler, “No Te Quiero Ver”

Part of her Animal Pt. 1 EP released earlier this year, Maria Becerra opens the set with the Cazzu-assisted “Animal,” a head-bopping track that shifts gears between hip-hop, reggaeton, and trap and finds the commanding pair trading verses about the power of women.

After teaming up with artists such as Jay Wheeler and Rauw Alejandro, VF7 dropped “Codigo Secreto” in collaboration with Lunay. The catchy reggaeton is about two people who like each other and are going back-and-forth on why they’re so special.

Best Latin Collab of March: Voted by fans with more than 37 percent of the votes.
Runner-Up: Nicki Nicole, Lunay, “No Toque Mi Naik”

Helmed by producer Ovy on the Drums, the song is a rhythmic urban-pop track interlaced with electronic beats and catchy guitar riffs. We also hear Justin Quiles stepping out of his comfort zone, adapting to Danny Ocean’s signature sound.

Produced by Grammy winners Andrés Torres and Mauricio Rengifo, the song fuses both Yatra and Towers’ signature sound laced with live string instruments. “Pareja del Año” is about an impossible love that if it were to come true, it’d be dubbed the “couple of the year.”

Best Latin Collab of May: Voted by fans with more than 40 percent of the votes.
Runner-Up: Bad Bunny, Luar La La, “100 Millones”

“Que Mas Pues?” is a melodious reggaeton surrounded with catchy hooks left and right. At some point, Balvin even samples Aqua’s 90’s hit “Barbie Girl.” On the track, Balvin and the Argentine newcomer go back-and-forth on a relationship that didn’t work out and will never work out.