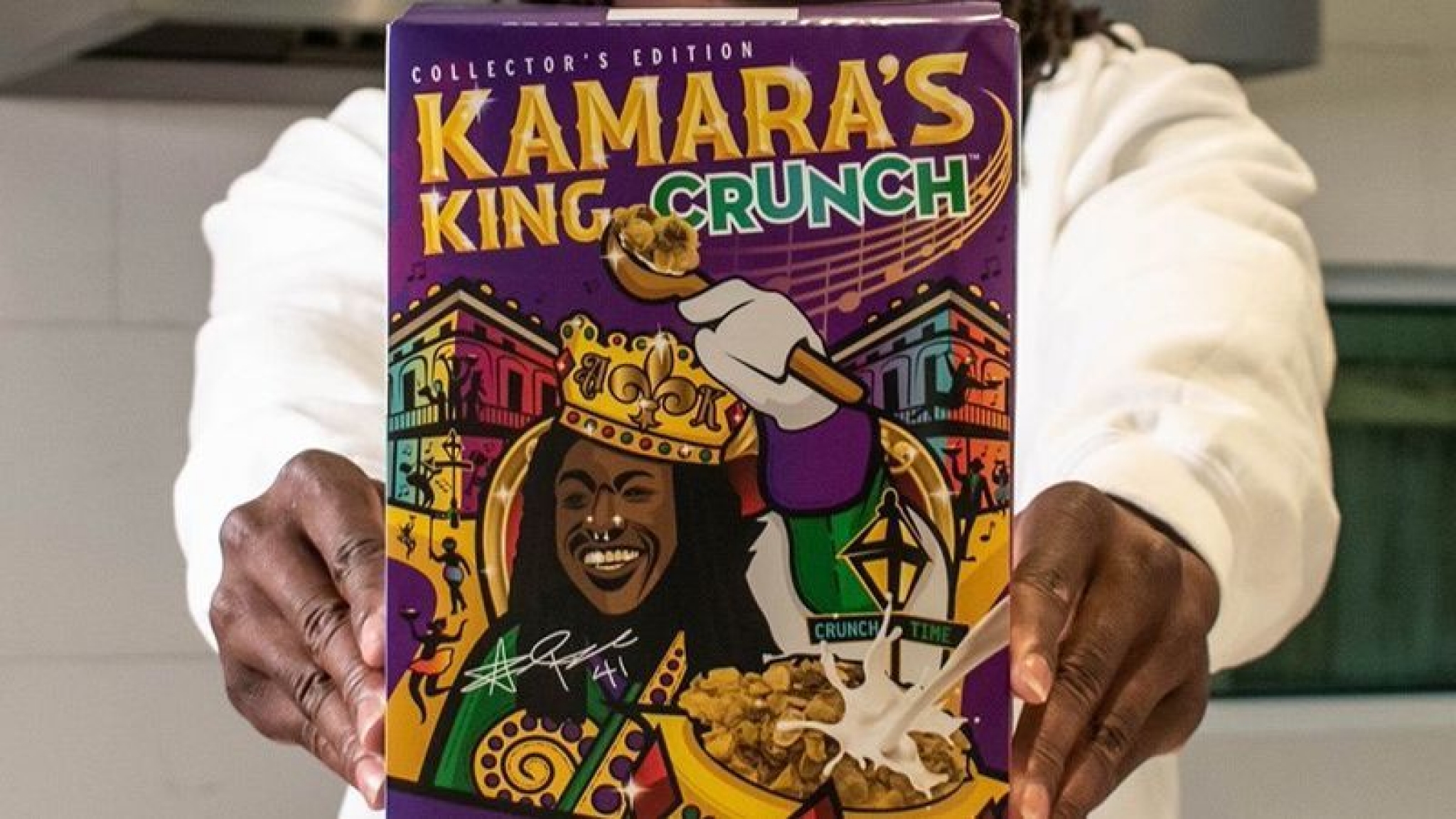 METAIRIE, La. — As if leading the NFL with 21 touchdowns last season and being selected to his fourth Pro Bowl in four years wasn’t enough, New Orleans Saints running back Alvin Kamara has now officially made it big.

“Kamara’s King Crunch” cereal was released on Thursday — a honey, oat and flakes cereal with Kamara’s likeness on the cover of the Mardi-Gras themed box. A portion of the sales proceeds will benefit the Children’s Bureau of New Orleans, whose mission is to support the mental health and wellness of children and families in the community.

Excited to announce that my cereal Kamara’s King Crunch is AVAILABLE NOW @rousesmarkets, online at https://t.co/lvjDh8chLJ and will be on campus @alumnihallut & @utvolshop this weekend. Proceeds from each box sold will benefit the @cb_neworleans 👑 ⚜️ pic.twitter.com/CNtFNliOIc

“Having my own cereal is amazing, it’s like something off the bucket list,” Kamara said in a promotional video, adding that, “The Children’s Bureau of New Orleans kind of just hit home with me. It felt like something I wanted to align with. That’s something that isn’t talked about — the mental health of children and the effects it has on children.”

Kamara, 26, has branched out into several areas beyond the football field throughout his career — including being named as NASCAR’s first-ever growth and engagement advisor earlier this year and becoming an owner in the juicery chain, “The Big Squeezy.”