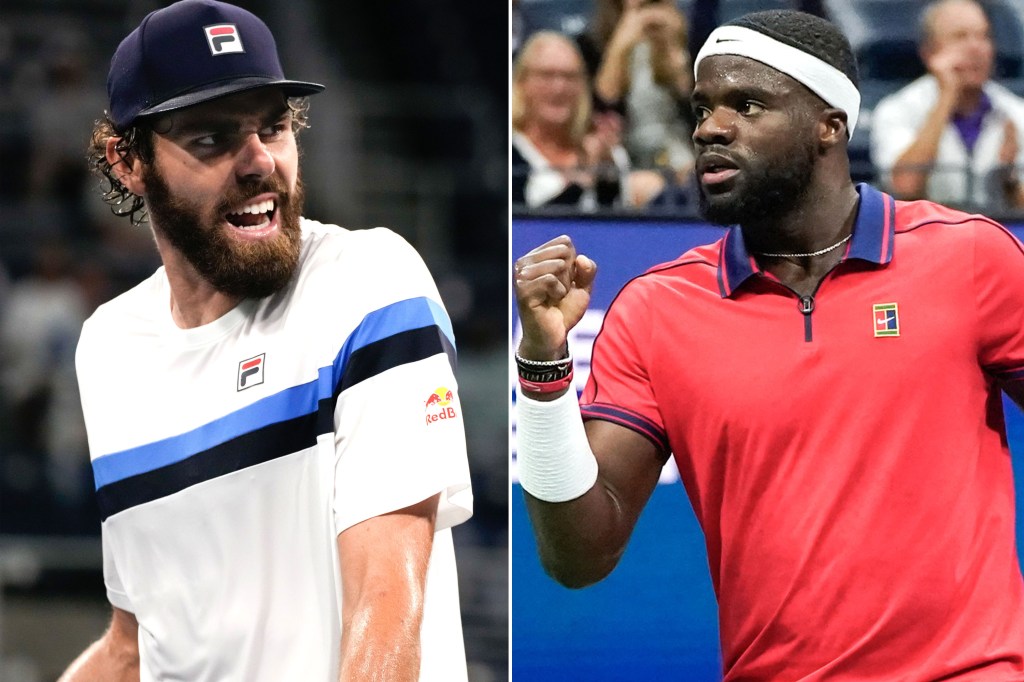 American men have surged into Round of 16 at US Open

Wild-card Jenson Brooksby, towering No. 22 Reilly Opelka and Frances Tiafoe all won Saturday to advance to the Round of 16 at the U.S. Open. That’s the most since 2011 to reach the fourth round in Flushing Meadows.

That guarantees the 24-year-old his biggest payday at Flushing Meadows. But his wallet will be $10,000 lighter thanks to getting fined by the USTA due to a sponsor’s logo on the pink bag he’s been using that has been deemed too big.

“I mean, what a joke on the U.S. Open to do that. 10K for a pink bag? Come on,” said the aggrieved Opelka. “The head referee was telling me, ‘You should have come in and had this thing measured.’

“Yeah, I thought it was a bit harsh, a bit excessive. My job is not to measure logos. It’s just not. My job is to win matches. I have bigger things to worry about. For the referee to tell me it’s my job to measure a logo, no, clearly not. It’s his job. I’m trying to beat Basilashvili and make the round of 16 of a Grand Slam.”

U.S. men have been doing their jobs the past week.

Tiafoe had one of the bigger upsets of the tourney, knocking off fifth-seeded Russian Andrey Rublev 4-6, 6-3, 7-6 (6), 4-6, 6-1 early Saturday morning. The 23-year-old from Maryland will face No. 12 Felix Auger-Aliassime in their first-ever meeting.

“Yeah, I’m proud of battling my adversity, whether it’s my own head or what’s going on out there on the court,” Brooksby said. “[Saturday] was a battle obviously. I don’t know how long it was, but I thought I started out solid.“The break in the second, I just lost the mental energy way too much in the second set and third set. That’s not really easy to come back from. But I told myself to keep staying in the present moment, keep breathing, keep staying positive, focus on what I’m working on out there. That showed in being able to turn it around.”

Brooksby, 20, avenged a straight sets loss to the Russian in their lone meeting earlier this year at Roland Garros and booked his first career Round of 16 berth at a major. He’ll face No. 1 Novak Djokovic.

Another American made a strong bid to advance, when Jack Sock started off absolutely white-hot. But he took a hard fall and was forced to retire three games into the fourth set against Alexander Zverev.

“I would’ve been done in an hour and a half planning my holidays [if Sock didn’t get hurt],” Zverev said. “I’ve never seen that before, never played against anybody playing at that level.”