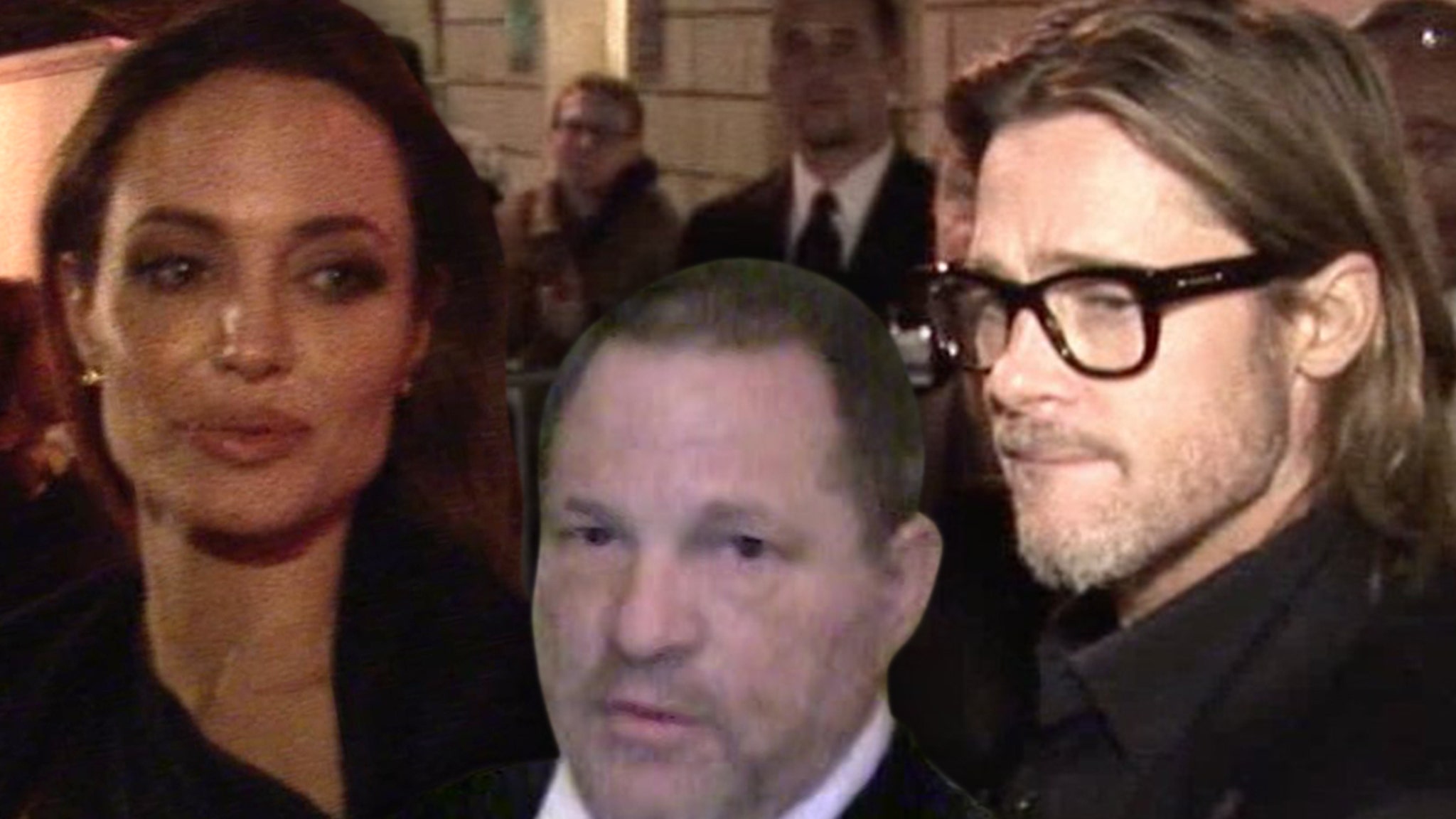 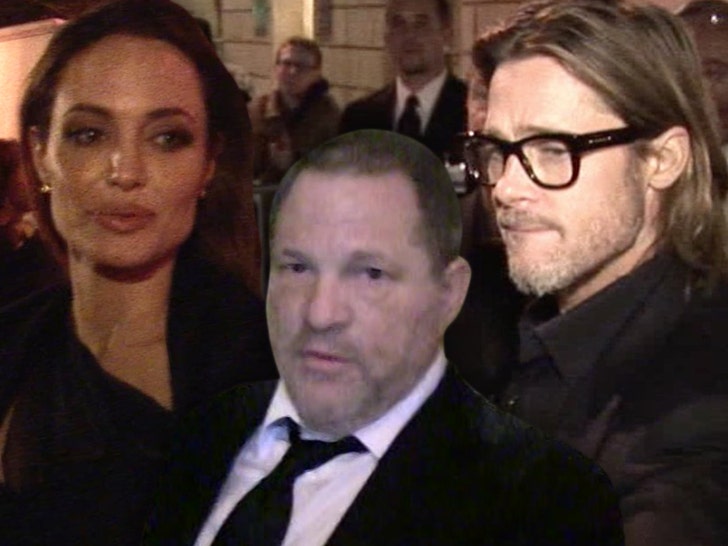 6:10 PM PT — Weinstein, through his assistant, tells this publication … “It’s very clear to me that this is for more sales on Angie’s BOOK. THERE WAS NEVER an assault, and NEVER an attempt to assault.” HW adds, “It is brazenly untrue and clickbait publicity. You’re Angelina Jolie, every male and female in the world, I’m sure, shows interest in you. Is the whole world assaulting you?”

3:12 PM PT — Sources close to Brad tell this publication … he never “teamed up” with Weinstein for “Inglourious Basterds” — he was simply part of a movie that Tarantino directed, which happened to get distributed by TWC.

Angelina Jolie says Brad Pitt‘s continuing to associate himself with Harvey Weinstein during their marriage led to some bad blood between the couple … adding it was painful.

The actress spilled the beans to The Guardian, saying “it hurt” when her then-hubby kept partnering with Weinstein and/or his production company — be it in distribution deals or any other capacity … ’cause Angie notes he knew how she felt about the disgraced movie mogul.

Angelina Jolie: ‘I just want my family to heal’ https://t.co/sxG7dqOhPF

AJ says her hatred of Weinstein first surfaced back when she first worked with him for the ’98 flick “Playing by Heart,” during which time she claims she “escaped” an alleged attempt of his to get her alone in a room … something she now characterizes as an assault itself.

She goes on to say that she warned others about Weinstein after that, and even told her first husband, Jonny Lee Miller, to spread the word to other guys as a warning. Angelina also says she turned down a role in “The Aviator” just to avoid having to work with the guy again.

And yet, she points out that Brad continued to rub shoulders with Weinstein in the 2000s — teaming up, indirectly, to put out “Inglourious Basterds” — which The Weinstein Company helped release. Not just that, but she claims Brad went against her wishes in approaching HW to help make his 2012 movie, “Killing Them Softly,” which TWC distributed as well.

She says of that time, “We fought about it. Of course it hurt,” while adding that she refused to plug the movie … saying she didn’t attend promotional events with Brad.

The interesting thing about this, of course, is that Brad is said to have confronted Harvey back when his then-girlfriend, Gwyneth Paltrow, was first working with the producer in the late ’90s … and allegedly got accosted by HW for sex — something Brad apparently nipped in the bud after hearing about it from her in a face-to-face with the man himself. In a CNN interview, he said that’s just how boys from the South dealt with things like that back then.

He didn’t shy away from the heroics of that moment — but it’s crazy to hear Angie say, years after that, he was presumably OK working with that same guy … even amid her objections.