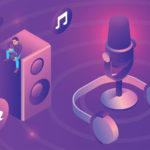 ASCAP pointed out that from 2015 through 2020, the organization had produced a 6% compound growth rate with revenue increasing from $1.014 billion in 2015, noting that 2020 marked the sixth year of ASCAP’s strategic plan begun in 2015 to transform its business and grow revenues.

“2020 challenged all of us unlike any other year in modern history,” ASCAP CEO Elizabeth Matthews said in a statement. “It also defined ASCAP’s dedication to our members. That meant strengthening our commitment to our mission to serve our songwriters, composers and music publishers by taking every step necessary to secure their livelihoods and careers. Inspired by our members each and every day, the ASCAP team proved that innovation, efficiency and progress really can be escalated in a crisis.”

ASCAP provided some color behind the revenue growth, reporting that audio streaming revenue grew by 28% while audio/visual formats grew by 8% but its transparency was void of the hard revenue numbers for each category. Likewise, it did not provide breakout figures when adding that general licensing revenues — from places like concert halls, bars, clubs, restaurants, stores and hotels — declined by 30% due to businesses that were shut down or operating at reduced capacity during the last three quarters of 2020.

Last year, marks the first time since 2014 that ASCAP’s distribution growth was smaller than revenue collection increases. However, this slowdown likely marks a matter of timing, with licensee payments probably coming in late December, after the year’s final distribution was made in early December.

“I am so impressed by ASCAP and its extraordinary efforts in 2020,” said ASCAP chairman of the board and president Paul Williams. “The team worked extremely hard and under incredibly difficult circumstances to make up for revenues lost due to the pandemic and to deliver the financial security and support that music creators need to survive the crisis of our lifetime. Their work will have an impact for years to come and as an ASCAP member, I am deeply grateful. Together, we have met the demands of this challenging time period and we look to 2021 with greater hope and strength as a community.”

ASCAP said it did the following in response to the downturn:

Made a “major donation” to MusiCares, earmarked for its songwriters in need;Lobbied for governmental COVID-19 relief for music creators on the federal and state levels;Launched Music Unites Us, a website to provide information on COVID-19 resources for music creators.Other efforts ASCAP was involved in during 2020 included rallying for racial and social justice through its “Fight For Change” resources page by raising money for “Color of Change” and the NAACP Legal Defense Fund. It also established an annual internship program for students at HBCUs, among other endeavors.

On the music front, ASCAP and BMI jointly unveiled SONGVIEW, a data platform that displays detailed and consistent copyright ownership data for more than 20 million songs in their combined repertories.