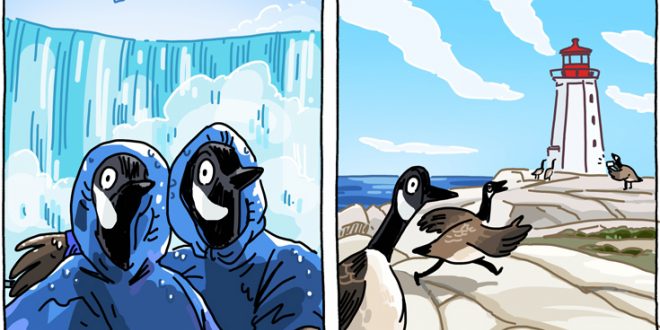 Travel is among the industries hit hardest by COVID-19. According to Statistics Canada, the country’s tourism sector shrank by almost half in 2020, and it may take five years or longer to recover. We asked Chris Choi, an expert in tourism and strategic marketing, what the future of Canadian travel may look like.

How much of an economic toll has COVID-19 taken on ­Canada’s tourism industry?
Pre-COVID-19, domestic tourism accounted for nearly 80 percent of tourism spending in Canada.1 In 2020, the Atlantic provinces alone—which typically bring in about 7 million visitors each year, generating $5 billion—saw a 66 percent decrease in their revenue despite having the bubble that allowed for regional travel. And it’s not just about tourism. The industry is interconnected, affecting things like sports, restaurants, entertainment, and events. Combined, we’re looking at a total loss of up to $29 billion.

This isn’t the first time Canada’s tourism industry has taken a hit. In the past two decades, it has had to recover from major events like 9/11, SARS, and the 2008 economic downturn. The SARS epidemic was the most destructive. At the time, Canada was thought to be a very dangerous place for tourists to travel, and it took fifteen years to bring our visitor rates back to what they were in 2002.

Will the federal government’s recent $1 billion investment in the tourism sector2 reverse the damage?
Destination Canada, a national tourism marketing organization, has always focused on promoting Canada internationally, but now it is shifting that focus toward regional travel and stay-cations—for instance, national and provincial parks, lakes and beaches a few hours away from home. Canadians typically will spend billions annually on international travel,3 but more than half of that money could be redirected to local spending.

This is a great opportunity to develop travel hubs in more remote parts of Canada, like Indigenous cultural sites and places in Saskatchewan, Manitoba, and Northern Ontario.4 Over the past few decades, there have been efforts to promote tourism in the North, but they were unsuccessful. COVID-19 could change that.

What travel trends can we anticipate in the coming months?
Postpandemic travel, at least this summer, will be in great demand. It’s called the “revenge travel” phenomenon. The problem is that it’s going to be expensive. Those who were making money over the past year but stuck at home with no places to spend it are willing to pay more once travel is allowed again. Service providers have seen this as an opportunity to raise their prices. We’re already starting to see the effects: I’ve found that many campsites and small hotels close to Toronto are fully booked for the summer, and their rates are much higher than they were last year. This is going to be the reality for the next two years. But, for those who can, regional travel may be one of the best ways to keep people safe and save our economy.

3. According to a March 2021 report from Destination Canada, Canadians spent $28.2 billion on international travel (excluding airfare) in 2019.

4. In April, the federal government announced a $1 million investment to, in part, increase tourism in Thunder Bay.

As told to Ariella Garmaise. This interview has been edited for length and clarity.

Chris Choi is a professor at the University of Guelph’s school of hospitality, food, and tourism management. He has worked as a strategic marketing specialist in tourism for more than twenty-five years.

Irma Kniivila is an illustrator and artist who has recently completed projects for Marvel and Boom! Studio’s Joyride.

Fact-based journalism is our passion and your right.

We’re asking readers like you to support The Walrus so we can continue to lead the Canadian conversation.

With COVID-19, now more than ever The Walrus’ journalism, fact checking, and online events play a critical role in informing and connecting people. From public health to education to the economy, this pandemic presents an opportunity to change things for the better.

We feature Canadian voices and expertise on stories that travel beyond our shores, and we firmly believe that this reporting can change the world around us. The Walrus covers it all with originality, depth, and thoughtfulness, bringing diverse perspectives to bear on essential conversations while setting the highest bar for fact-checking and rigour.

None of this would be possible without you.

As a nonprofit, we work hard to keep our costs low and our team lean, but this is a model that requires individual support to pay our contributors fairly and maintain the strength of our independent coverage.
Donations of $20 or more will receive a charitable tax receipt.

Every contribution makes a difference.
Support The Walrus today. Thank you.