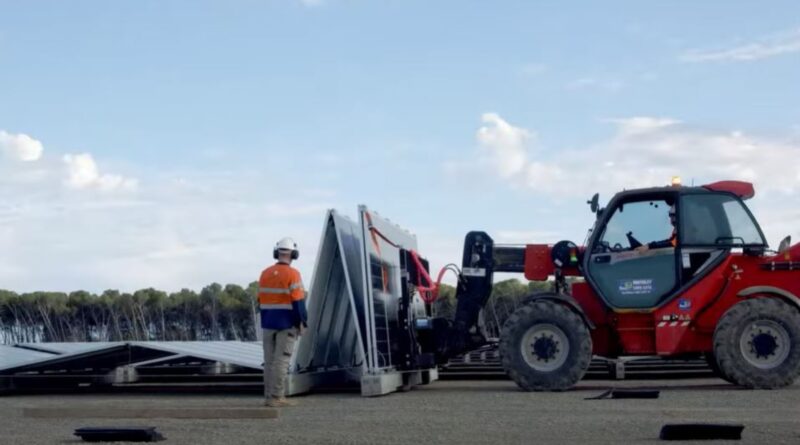 5B has completed a AUD 30 million ($21.8 million) Series B funding round with its existing shareholders to help fund the development of its flagship modular Maverick solar array, while also accelerating the progress of the company’s pipeline of multi-megawatt projects.

5B said the funding round will also help it to unlock the full potential of its redeployable, modular, prefabricated Maverick solar technology. A single Maverick is a ground-mounted solar array block of up to 90 PV modules, which can be made with any standard framed 60 or 72-cell PV module.

Sydney-based 5B said it has more than 50MW of its Maverick solution deployed across more than 100 sites and five continents, along with an order book of more than 100 MW. It features “plug-and-play” wiring designed for faster, easier and safer on-site deployment ideally suited for mining, commercial and industrial, and large-scale solar power generation.

In May, it set a new speed record for solar deployment with 1.1 MW deployed in a single day by a crew of 10 people at AES’ Andes Solar II B solar farm in Chile’s Atacama Desert. the project was built by 5B’s Latin American deployment partner, SolarMovil, which installed 22 Maverick arrays in a single day, as part of a larger deployment of 219 Mavericks with a total generation capacity of more than 10 MW.

5B CEO Chris McGrath said the achievement is part of what has been a remarkable period of growth for the company. “It has been an incredible couple of years for us, in spite of the state of the world, we have successfully launched our Maverick solution into the United States, Latin America, Europe and India, while building a global supply chain and deployment ecosystem to support this,” he said.

McGrath said 5B is now looking to build upon that foundation, turning to automation and advanced manufacturing across its technology platform. This is expected to drive a further step change in speed and capacity increase, as well as cost reduction, and see 5B break through its first gigawatt of sales.

“Our next generation deployment vehicle for Maverick is going to take our current solar deployment record, and 10x it again,” he said. “This will completely remove the speed of deployment as a constraint in solar projects. The challenge will then become other parts of the project development, supply chain, and build cycle.”

The capital raise comes just months after 5B announced a AUD 33.4 million tech innovation program to accelerate the delivery of what the federal government as called “ultra-low-cost solar.” The program is supported by a AUD 14 million grant from the Australian Renewable Energy Agency (ARENA). The funding, which comes less than a year after 5B closed a AUD $12 million funding round, includes a heavy portion devoted to the realisation of solar installation robots.