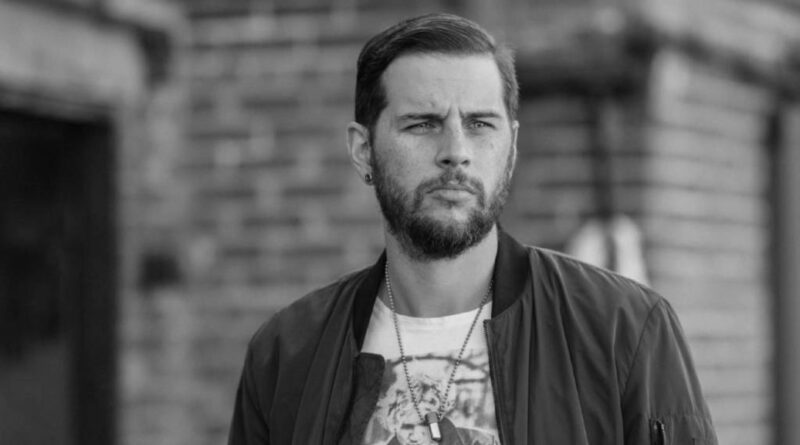 Over the past year, I’ve had dozens of conversations with bands, managers and labels looking to get into NFTs. Many, I feel, are missing the point when it comes to the possibilities of Web3.  Beneath the flashy ape jpegs, FOMO and hype is a tool that, if used correctly, facilitates a new form of engagement and transparency for artists and communities alike. In fact, we now find ourselves at the crossroads of an old business model and a burgeoning technological breakthrough.

Building the future is exciting, no doubt, but will bring a battle for power between the old guard and the musicians, artists, and creators shaping the Web3 music industry. The new world will bring artists and their communities closer than ever while providing true ownership over assets and relationships that musicians once thought impossible.

NFTs will serve as incredibly useful touchpoints for the many tentacles and endeavors that will define the music business in the era of Web3. Since this future is being shaped in real time, it’s critically important for all artists to understand what that future can look like if they stay educated and engaged with the potential of these emerging tools in music.

Tokens as Community Access Points
Think of NFTs as access tokens to the Web3 universe. They are immutable, digital membership cards stored on a blockchain. All tokens are unique and can only be owned by one person at a time, with all benefits transferred upon sale of the token, should the owner decide to sell or trade it.

With the Deathbats Club, these NFTs are the center of our Web3 community. Since we can see who has an authenticated Deathbat in their wallet, we can easily reward our most loyal fans – without having any of their personal data. For instance, we recently airdropped a limited edition NFT from the brilliant artist PopWonder. Tokenholders have a choice: Keep the custom artwork or redeem it for two Avenged Sevenfold tickets.

There are also giveaways, members-only Discord access, a community-driven podcast, limited edition merch, DBC avatars, as well as presale access to other blue-chip NFT projects and Avenged concert tickets. We can tease new music and create scavenger hunts exclusively for tokenholders through our gated Web3 site. And, at future Avenged Sevenfold shows, Deathbats holders will have their own line, merch booth and bespoke POAPs, which are collectible NFTs as Proofs of Attendance.

We also gave up the IP rights to all of the tokens, which encourages our fans to make their own merchandise, start bands, and build businesses with the art. It’s an entirely new ecosystem, built with the creativity of the Deathbats community – and our fans love it because at the end of the day, when they are no longer interested in being a part of this club, they can sell their membership. Our most dedicated fans “put in the work” building this community with us – and should be rewarded in the upside.

The idea of giving ownership to the community to build it out how they see fit is incredibly rewarding to not only us but to the holders. We have learned more about our fans in the last six months than the last 20 years by watching them create art, produce events and socialize. If you give people creative freedom, you may be pleasantly surprised with what comes back.

Into the Metaverse
We’re all spending more time online – and the metaverse will play an increasingly prominent role in how people consume music and interact with artists. We’re already seeing artists livestream concerts, and bands hosting community events and even creating game experiences in places like The Sandbox.

The metaverse fits perfectly into the way music fans already organize themselves as tribes. Whether it’s rocking that tour tee to represent a favorite band or buying the latest Yeezy drop, flexing these assets signal membership in a specific tribe.

These cultural touchpoints translate easily into the metaverse. Fans of one artist will create alliances with other artists’ fans, forging bonds and more access to each other’s worlds. In this social ecosystem, digital cachet will mean something. The same way we buy Air Jordans, Supreme shirts, and Mercedes Benzes in the physical world, we will be buying concert tickets, fashion, and collectibles in the digital world.

But there’s a big difference: These items will not be rented like we have grown accustomed to in Web2 (like skins from Fortnite). These will be NFTs that can be sold and traded amongst each other. And it’s not just digital fashion or game skins: When these NFTs are access tokens for artist communities in the metaverse, there’s a lot of potential value for owning these keys to exclusive experiences.

Transparent Streaming and Real-Time Royalties
Since the music business is so layered and complex – from the songwriter to the producer, performer, and management – we need transparent, easy-to-access accounting so that we can grow economies by lowering the friction with increased transparency and speed of the blockchain.

By boosting accountability and transparency, we unlock innovations that will fundamentally alter the music industry:

Near-real-time payouts. Thanks to smart contracts, streaming revenues will eventually be calculated and distributed via the blockchain in near real time. Artists will no longer have to wait months to get paid, with endless audits and lawyer expenses. Within 24 hours, artists could collect their royalties into a digital wallet – and put that money to better use.
Less expenses. Smart contracts will be written to pay all costs and create a streamlined, autonomous process. This is also good for record labels, as it saves a ton of paperwork, time, lawyer fees, and overhead. New artists will see this new paradigm and demand full transparency when signing deals.
Direct to fans. When the artist keeps more profit, a lot of interesting possibilities arise: An artist could fractionalize a portion of their royalties to their tokenholders; they could stream directly to fans and keep the lion’s share of streaming revenue; they could sell their publishing to fans via smart contract.

Streaming and accounting on the blockchain will be the bedrock of innovation – and help our business navigate an increasingly complex multi-channel, multi-verse world.

What’s Next for Web3 in Music
In the future, many record labels will be DAOs, which means the people that work at the label actually own it. In this case, they would have governance and voting rights based on the tokens they own and how long they have held them. This aligns incentives and ensures that everyone has a share in the spoils of success.

I can see a world where new artists use NFTs to crowdfund albums and music videos, pulling fans into the process: They buy digital tokens that represent fractional ownership in the artist’s new songs, and thus have an entirely new way to express their passion for their favorite artists.

And these changes may extend to production as well. Just as we have experienced in the digital art world with Fidenzas, Ringers, and Autoglyphs, music in the future may be similarly generated with deep AI. Based on your mood, a music NFT generator could create a 1/1 piece of music to relieve stress after a long day, or pump you up for a workout.

Whatever the case may be, the reality is the future is being developed now. We, as artists, need to participate so that we have a voice in this future – and that it doesn’t end up simply replicating the traditional music business. I don’t want a few companies to own the whole thing while trolling us with at best, low royalties, and at worst “hearts and likes!” Artists, alongside their communities, deserve full ownership and a direct say in how they’ll wield these powers.

It’s clear that the future of music is Web3. Let’s get involved and shape it before somebody else does.

Matt Sanders, also known as M. Shadows, is the lead singer of Avenged Sevenfold. Together with his bandmates, he also co-founded the Deathbats Club, a Web3 membership community.