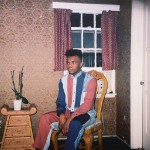 The official family reunion we’ve been waiting for. Baby Keem announced that he’s linking up with his superstar cousin Kendrick Lamar on a new “Family Ties” collaboration, which will drop on Friday, Aug. 26.

The 20-year-old MC shared the cover art of the song, which is a family photo that covers the eyes of every member with black bars except for Keem and Kenny (in a similar fashion to the good kid, m.A.A.d city album artwork).

“Family Ties” comes after Keem’s collaboration with Travis Scott, “Durag Activity,” which peaked at No. 85 on the Billboard Hot 100 in May. “Family Ties” will be the third song the pgLang rapper has dropped in 2021, alongside “Durag” and “No Sense.” He’s expected to release his highly anticipated debut album The Melodic Blue later this year.