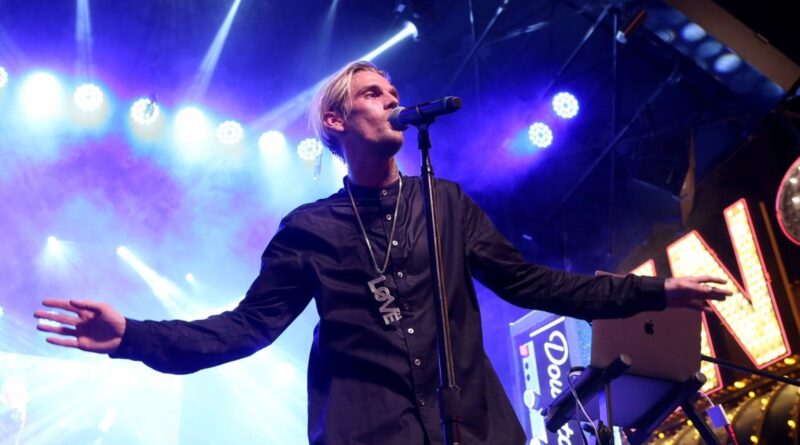 “Tonight, we’ve got a little bit of heavy hearts because we lost one of our family members yesterday,” Kevin Richardson said at the concert following Aaron Carter’s death.

Aaron Carter performs during the Pop 2000 Tour at the Fremont Street Experience on July 27, 2019 in Las Vegas.

The show went on for the Backstreet Boys at London’s O2 arena Sunday (Nov. 6), but it was an emotional set for Nick Carter after the passing of his little brother Aaron Carter the day before.

A photo of Aaron was shown on the big screen in his memory, reading: Aaron Carter 1987-2022. Nick’s bandmates shared hugs and pats on the back with him as they spoke of Aaron on his behalf.

He continued, “Tonight, we’ve got a little bit of heavy hearts because we lost one of our family members yesterday. We just wanted to find a moment in our show to recognize him. Nick’s little brother Aaron Carter passed away yesterday.”

“He’s a part of our family,” Richardson said. “We thank you guys for all your love, all your well wishes and all your support.”

“We’d like to dedicate this next song to our little brother Aaron Carter,” Howie Dorough then said.

The group launched into an a capella performance of “Breathe” in Aaron’s honor.

Aaron Carter died at the age of 34 on Saturday, his manager confirmed to Billboard. The singer’s career began in the ’90s when, at the age of nine, he opened for the Backstreet Boys. He went on to record Billboard Hot 100 hits like “Aaron’s Party (Come Get It)” and “That’s How I Beat Shaq,” both on 2000’s Aaron’s Party (Come and Get It) album which peaked at No. 4 on the Billboard 200 chart. Over the years, he released five studio albums, worked in television and appeared on Broadway.

“My heart is broken. Even though my brother and I have had a complicated relationship, my love for him has never ever faded,” he wrote. “I have always held on to the hope that he would somehow, someday want to walk a healthy path and eventually find the help that he so desperately needed. Sometimes we want to blame someone or something for a loss, but the truth is that addiction and mental illness is the real villain here. I will miss my brother more than anyone will ever know. I love you Chizz. Now you can finally have the peace you could never find here on earth….I love you baby brother.”

See the emotional moment from Backstreet Boys’ London concert in the clips below.