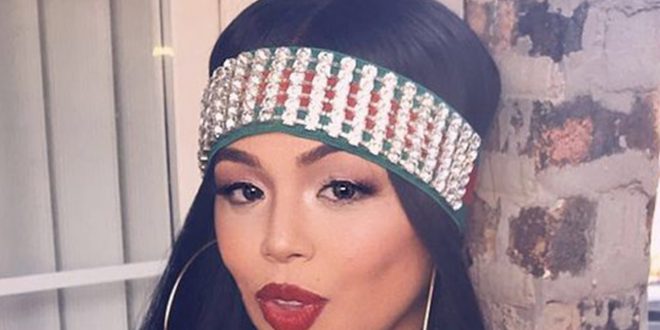 ‘Bad Girls Club’ star Judi Jai hates karaoke … just ask her neighbor who told cops she smashed his karaoke machine in a booze-fueled rampage that ended with her behind bars.

According to the police report, obtained by this publication, cops got a call Saturday morning about “shots fired” at her Atlanta-area home. When they arrived, cops were greeted by Judi, and after running her name … found an active warrant for her arrest.

We’re told she was wanted for allegedly making terroristic threats about shooting a cop.

Cops detained her while they investigated her allegations … which included accusing her neighbor of shooting his firearm at her home and shattering her front window. She also claimed the neighbor shot her, but cops say they didn’t see any wounds to back that up.

One totally relevant sidenote … cops say Judi admitted “she had been drinking Don Julio and that she was drunk.” That might explain what the neighbor told cops went down — that while he was on his front porch listening to music, Judi allegedly walked out of her place, grabbed his karaoke machine … and then banged it against her own front window until it shattered.

Cops say they saw pieces of his karaoke machine on her living room floor, but they did not see any shell casings … just the shattered window.

Cops ultimately cited her for criminal trespass and hauled her away. She posted bond the next day. It’s not the first time booze has been linked to problems for Judi. As we reported … she blamed alcohol for her suicidal tweets in October, 2020.

As for this weekend, Judi’s sticking to her story, telling this publication … her neighbor smashed her window with a bat. She says she initially thought the glass shattered due to him firing his gun.

She claims she only grabbed the karaoke machine afterward, because it was blaring music, and on her property. Judi’s copping to kicking it into pieces, and being drunk — but she denies having previously threatened to shoot a cop.