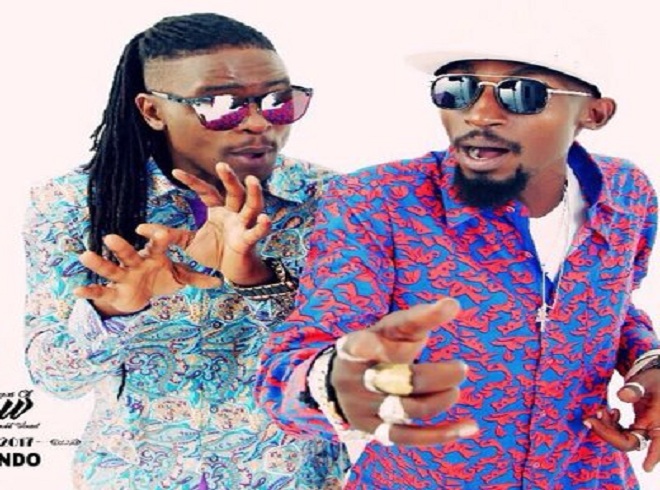 Goodlyfe artiste Weasel Manizo has finally reacted to Bebe Cool and revealed about how he has failed to man-up and sing according to his age.

Weasel  was responding to Bebe Cool’s list of artistes that deserved a recognition from 2017.

According to Weasel , Bebe Cool has failed to realize that he is aging and therefore needs to age with the kind of music he does.

“He should be like Moses Matovu, after clocking 50, you mature with your fans” Weasel said.

He advised Bebe Cool to act like Moses Matovu or probably go bake cakes with his wife.

“Let him go bake cakes with his wife , I was told they are sweet” He added