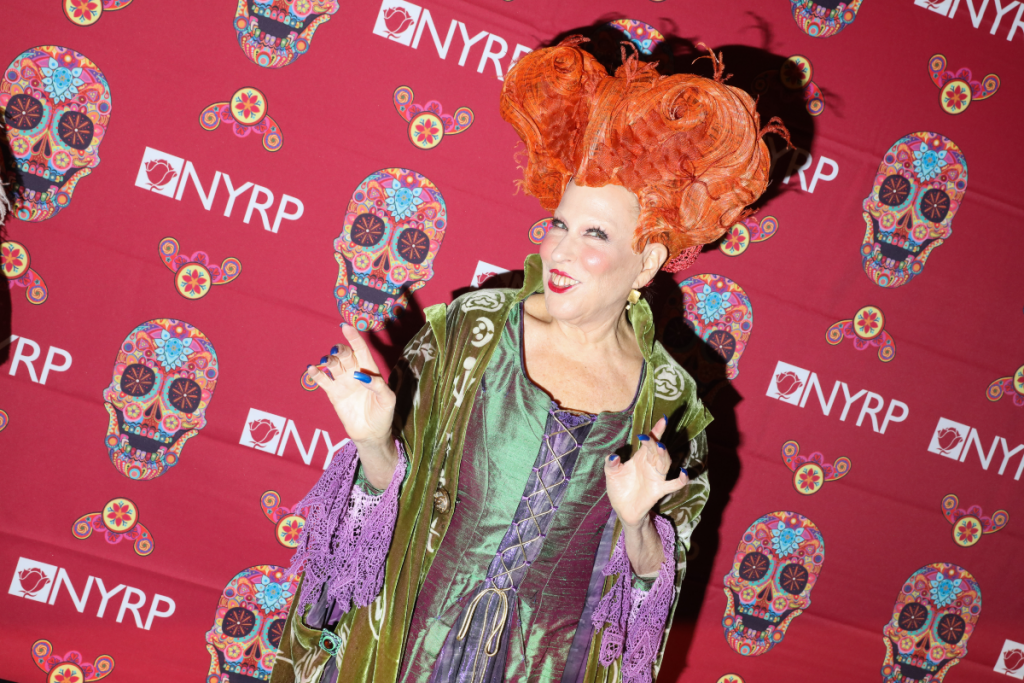 Now that it’s October and people have Halloween on the brain, some are ready to revisit their favorite seasonal films.

For many, Hocus Pocus is on the list and the 1993 classic can’t be mentioned without fans talking about the sequel. Sarah Jessica Parker, Kathy Najimy, and Bette Midler starred in the original, and Midler made a brief statement about where she stands with part 2.

Rumors of a Hocus Pocus reboot floated around for years, but some were finally confirmed in 2019. Last year, Sarah Jessica Parker spoked to The Hollywood Reporter about a possible sequel.

“We all said we’d love to someday,” she said. Things moved forward when the film received a green light and a director this past spring, prompting fans to rejoice and say, “Cheers, sisters!”

In March, Variety reported that Adam Shankman has been tapped to direct the sequel for Disney+. At the time, none of the original three witches were confirmed for the project and Shankman was already busy working on an Enchanted sequel. The outlet also noted that a script is already finished for the film.

RELATED: Do the Original ‘Hocus Pocus’ Cast Members Wish to Return for the Sequel?

Bette Midler drops a clue about her ‘Hocus Pocus’ role

The one looming question about the movie is whether the three main leads would reprise their roles as the Sanderson sisters in the revival. All signs seemed to affirm that, and Midler briefly spoke to Entertainment Tonight about the project while discussing The Glorias.

When asked about whether she’d return to Hocus Pocus for part 2, she said, “Oh, absolutely. I can’t wait to fly!” Midler added they’re in the middle of “talking logistics.” That sounds promising for fans who wanted an update and it’s right on time with the reunion coming up.

The ‘Hocus Pocus’ cast is reuniting for charity

In celebration of Midler’s annual Hulaween charity event, the cast members from Hocus Pocus are pulling together for a virtual reunion. Typically, Midler hosts a themed gala to raise money for the New York Restoration Project. Because of COVID-19, the event is being held online this year.

Midler, Parker, and Najimy are all on deck for In Search of the Sanderson Sisters: A Hocus Pocus Hulaween Takeover, which is scheduled for Oct. 30. The catch? This is a one-night only event that will not be available for viewing after its live showing. Miss it and you’ll miss out.

Fans and generous donors can purchase tickets for $10 or snag some Hocus Pocus merchandise from the site.

Hocus Pocus was not considered a box office success after its release in 1993. Over the years, the film ballooned into a cult classic and is often celebrated through cosplay, Disney anniversary specials, and yearly screenings. When news of the sequel first broke, it was reported that it would drop sometime in October 2020.

A new release date has not been set yet, but fans can stream the original Hocus Pocus on Disney+ or Amazon. Stay tuned for upcoming details on the reboot from Disney or the film’s rumored cast and crew.