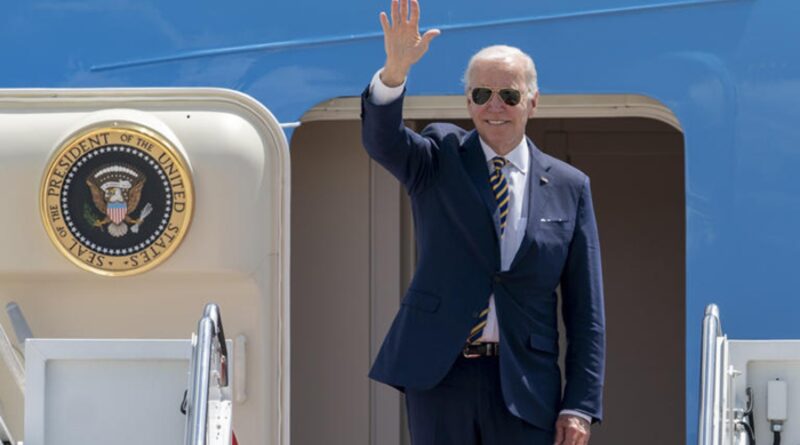 The two presidents will be given a guided tour of the sprawling facility by Samsung chief Lee Jae-yong.

The plant covers a 2.89 million sq.m piece of land and is the biggest microchip factory in the world. This is also Yoon’s first visit to a big Korean business since his inauguration last week.

Industry insiders say Yoon will be able to show off his biggest source of leverage in bilateral relations, while the U.S. leader will be able to boast of his efforts to stabilize global semiconductor supply chains, which are at the core of his economic security initiative.

The two leaders hold an official summit on Saturday.

Biden will also meet Hyundai chairman Chung Eui-sun, according to the White House. The carmaker early this week announced its decision to build a new plant in the U.S. state of Georgia exclusively for electric vehicles.

Meanwhile, a meeting between Biden and former President Moon Jae-in has fallen through.

U.S. National Security Adviser Jake Sullivan told reporters in Washington on Wednesday, “We don’t have a meeting scheduled with President Moon at this time.”

An aide to Moon said Thursday, “We were informed by the U.S. side that a meeting will be difficult.”

Cheong Wa Dae had announced the meeting with some fanfare on April 28, before Moon’s term ended — a presidential official even claimed the meeting was being arranged at the request of the U.S. But there was no confirmation from Washington and observers doubted Biden would have much to say to an ex-leader during his limited time here.