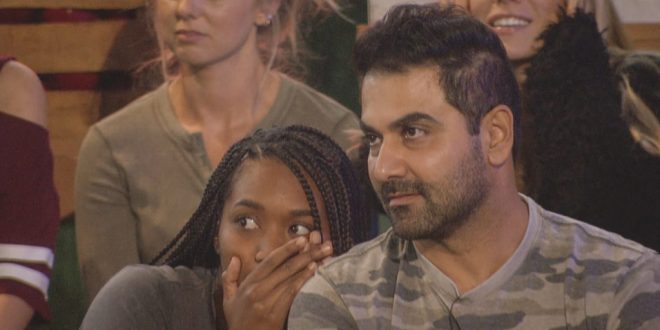 ‘Big Brother 22’: Bayleigh Dayton Wanted To Play More Like the ‘Old School’ Way but Was Unable To Do So

A juror member on her original season, Bayleigh Dayton was among the select group of alumni chosen for the second all-star-themed season of Big Brother. Falling short of the jury stage for season 22, Dayton recently explained why she couldn’t play like the way the old school players used to.

Bayleigh Dayton was friends with Janelle Pierzina and Kaysar Ridha, but was allied with the other side of the house

One of Dayton’s best friends in the house was Janelle Pierzina, who is considered to be the best Big Brother houseguest who has never won the competition. Some consider her to be the best player overall. Dayton and her closest ally, Da’Vonne Rogers, also had a friendship with Pierzina’s closest ally, Kaysar Ridha.

Despite the fact that they had these friendships with Pierzina and Ridha, Dayton and Rogers were allied with the main alliance on the other side of the house, which includes Tyler Crispen, Nicole Franzel, and Cody Calafiore. They are three of the most successful “new school” Big Brother players who have shaped the game for the last few years. Pierzina and Ridha were immediately seen as threats and targets and were among the first few houseguests evicted.

RELATED: ‘Big Brother 22’ Live Feeds Spoilers: A Power Shakes up the Nominations and the House

The old school way of playing is out

In an exit interview with Entertainment Weekly, Dayton said that she was excited to come into the game with so many old school players. However, as we’ve seen on the show, this All-Stars season is much like the more recent seasons of the show.

Since Derrick Levasseur’s win, there is usually only one dominant alliance in the house and that alliance typically has a lot of people. The alliance moves as one and the house, even those who aren’t in the alliance, follow suit. Most votes are unanimous because if someone doesn’t vote with the house, they will be a likely target. Though this pretty much started during Levasseur’s season, this new method of playing was strengthened during Paul Abrahamian’s two seasons. There may be multiple other alliances within the bigger alliances, but mostly every alliance in the house now overlaps. These huge alliances include:

This new style of playing is much different from the old seasons, where two or three alliances equally ruled the season. Even if one alliance was stronger, there was at least another group vying for dominance each week. Unanimous evictions were not the norm.

Dayton says she hoped to play at least a “happy medium” between the two styles, but the old school style isn’t hailed by the newer players. These differences are why Pierzina, Ridha and Keesha Smith were some of the first players out. They were unable to catch up to the newer style. Still, some players from older seasons, like Memphis Garrett and Briones, were able to adapt.

“I genuinely feel like it is. had hoped this game — because there were so many old school players — I’m like, cool, we can maybe hit a happy medium,” she said. “But because of the way that this game has leaned, it’s almost like that’s not respected anymore. Like, the more lying and manipulating you do, the more you’re respected in that type of house. But for me, I admire the mental gymnastics of the original Big Brother game. I feel like some of that should be brought back.