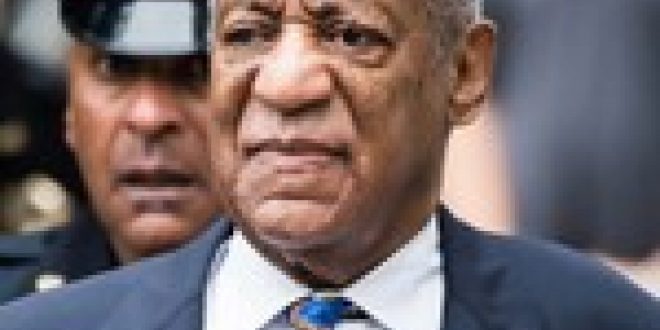 “Finally,” Rashad tweeted, in a post that appears to have since been taken down. “A terrible wrong is being righted — a miscarriage of justice is corrected.”

Later Wednesday night, Rashad issued an additional comment, writing, “I fully support survivors of sexual assault coming forward. My post was in no way intended to be insensitive to their truth. Personally, I know from friends and family that such abuse has lifelong residual effects. My heartfelt wish is for healing.”

And Howard released a statement on Twitter reading, “Survivors of sexual assault will always be our priority.”

“While Dean Rashad has acknowledged in her follow-up tweet that victims must be heard and believed, her initial tweet lacked sensitivity towards survivors of sexual assault,” the Howard statement continued. “Personal positions of University leadership do not reflect Howard University’s policies. We will continue to advocate for survivors fully and support their right to be heard. Howard will stand with survivors and challenge systems that would deny them justice. We have full confidence that our faculty and school will live up to this sacred commitment.”

On Friday, additional reports emerged that Rashad had apologized for her celebratory tweet in a letter to Howard University students and their parents.

Cosby’s statement also lashed out at the “mainstream media,” calling news outlets “the Insurrectionists, who stormed the Capitol,” seemingly referencing the Jan. 6 attack on Congress.

“This mainstream media are the Insurrectionists, who stormed the Capitol. Those same Media Insurrectionists are trying to demolish the Constitution of these United State of America on this Independence Day,” Cosby said, further claiming that his conviction wasn’t overturned on a “technicality” as many have claimed.

Cosby said in his statement: “NO TECHNICALITY — IT’S A VIOLATION OF ONES RIGHTS & WE THE PEOPLE STAND IN SUPPORT OF MS. PHYLICIA RASHAD.”