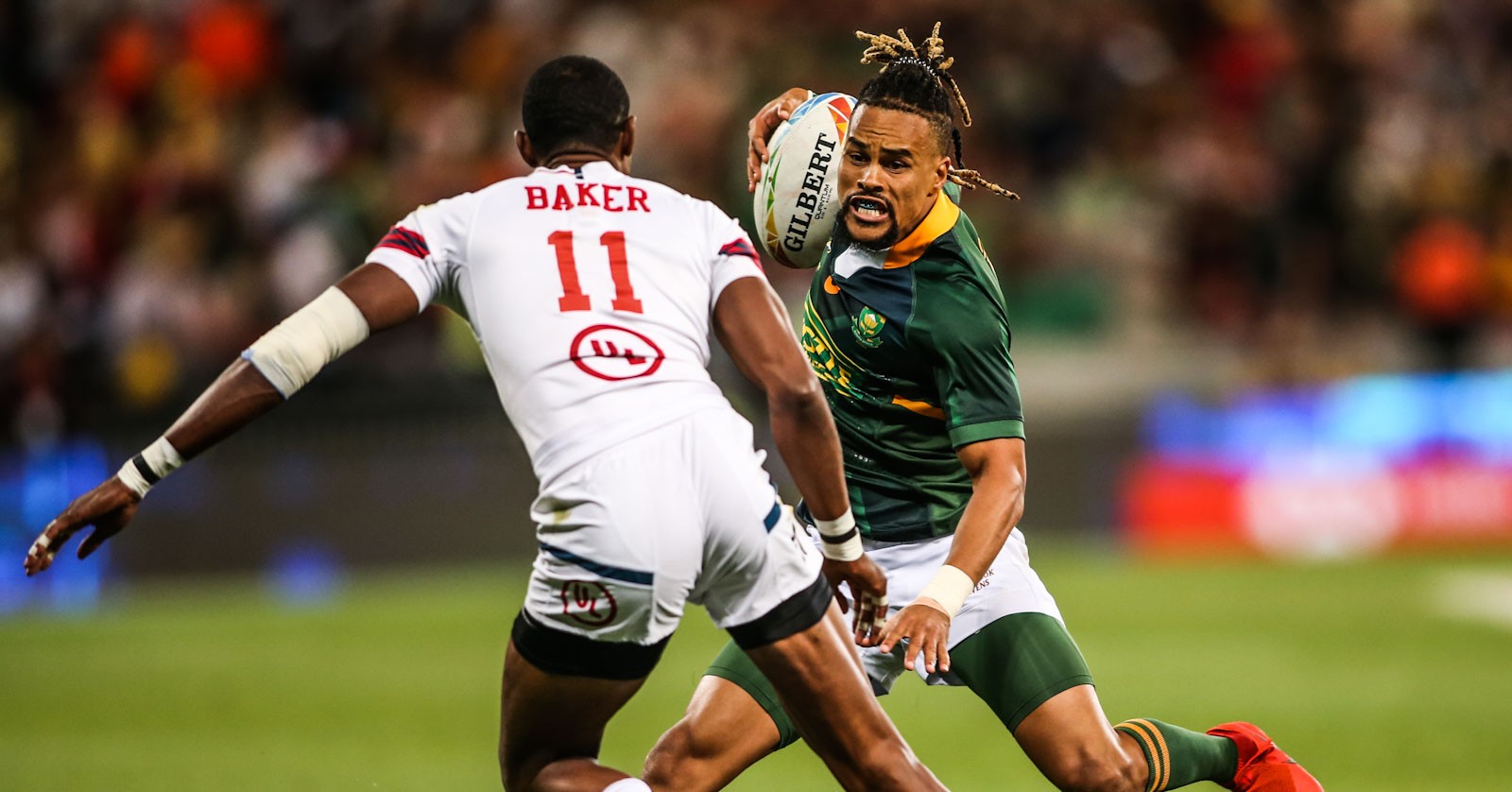 The Springbok Sevens team continued their good form at the HSBC Cape Town Sevens by finishing top of Pool A on Saturday, beating Fiji by 26-14 and USA by 21-15 after a 49-0 demolition of Japan on Friday.

The Blitzboks will now meet African compatriots Kenya in the Cup quarter-finals on Sunday, with the Cape Town Stadium sold out for the final day.

The South Africans came from behind (14-0) against Fiji and then struck early against USA to secure an undefeated status (match reports and scorers here (https://bit.ly/35pMGeH), but Neil Powell (coach) warned that they could come crashing down if they are not on song against the Kenyans.

“They are a big, strong and physical team and will play that way against us,” Powell predicted.

“They will also have a lot of confidence because they finished top of their pool.”

The Blitzboks edged Kenya by 17-12 in Dubai last weekend, but Powell was worried about the number of yellow cards and penalties his team conceded.

Seabelo Senatla was sin-binned against Fiji and the USA, and Chris Dry also received his marching orders against USA. On Friday, Rosko Specman also spent two minutes in the bin.

“We are not happy with the yellow cards and the amount of penalties we conceded, as we’re a team that strive for zero cards and penalties, and to concede this many is a bit worrying,” the coach said.

“We will have a serious look at our discipline because we cannot afford to go into the knock-out stages and make those same mistakes again.”

Powell was nonetheless pleased with the defensive effort from his side: “The squad is maturing nicely in that regard and the players are showing a good understanding of their roles in the defensive system. They really work hard for each other.”

Justin Geduld, who scored a try against Fiji and three conversions against USA, moved past 1000 career points for South Africa, but the playmaker was not keen to claim any credit.

“It is a team sport,” said Geduld.

“It is great to hear I have scored those points, but that is mainly thanks to my team mates.”

Geduld also didn’t want to read too much into the Blitzboks’ undefeated status: “We played well against Fiji, but not that well against USA, so we need to have a hard look at where things went wrong. It will not be good enough if we make the same mistakes against Kenya.”