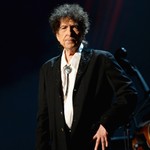 “For the reasons explained here, the Court determines that the plain meaning of the 1975 Agreement is that the Dylan Defendants owned all copyrights to the Compositions, as well as the absolute right to sell the Compositions and all associated rights, subject only to plaintiffs’ right to receive the compensation specified in the 1975 Agreement, which does not include any portion of the proceeds from Dylan’s sale of his own rights to the Universal Defendants,” he writes.

Ostrager looks at how Levy attempted to establish joint authorship in the compositions, including witnesses to the relationship between the songwriters and affidavits from experts, but ultimately the judge sees the contract as unambiguous and precluding such a claim.

The judge also rejects the claim that Levy’s estate is a third-party beneficiary of the Universal agreement.

Dylan was represented by Orin Snyder at Gibson Dunn.

You can find the full ruling at THR.com.