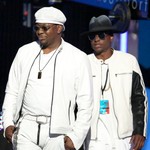 The report also stated “no drugs or drug paraphernalia” were discovered at the scene in Encino, where Los Angeles police discovered Bobby Jr.’s body on Nov. 18. He was 28 at the time of his death.

He is the son of Brown and Kim Ward. Brown asked fans to keep his family in their prayers in a statement shortly after his son’s death. “Losing my son at this point in our lives has devastated my family. There are no words to explain the pain,” he wrote.