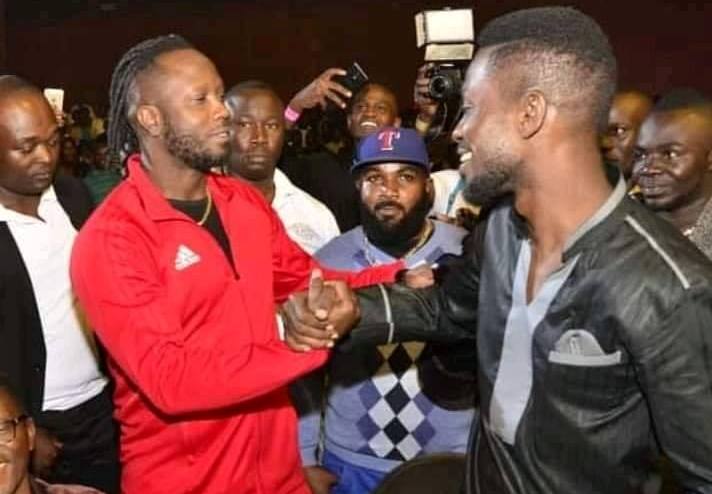 Bobi Wine who is perceived by the public to be at logger heads with Bebe commented on Bebe Cool’s post where he was announcing the death of one of the Gagamel artistes; Shortcut.

“Rest in peace Short Cut, may the almighty strengthen your family and friends. Those of us that are still alive have a duty to live in harmony.” – Bobi Wine posted.

Several people have heaped praises on the Presidential hopeful citing maturity in his behavior.

Bebe Cool has however not come out to comment on the move. He has also been extremely silent in the previous few months a thing he attributed to the Coronavirus situation which he says got him going back to the drawing board to re-strategize.

The gesture raised several eyebrows because they have been known to be enemies and both of them have said it before. Their kids have however been sighted hanging out together on several occasions a thing that Bebe Cool’s wife, Zuena also made clear saying they(as parents) are not about to bring in their beef to affect the kids.