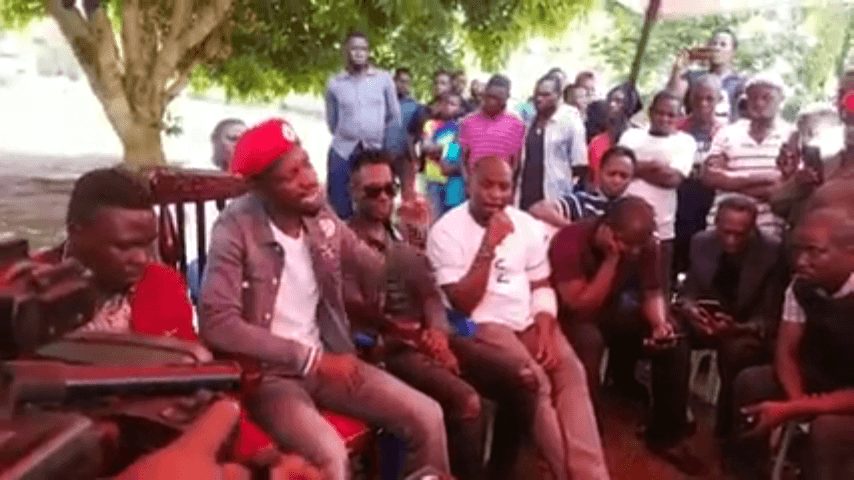 Kyadondo East MP; Robert Kyagulanyi has come out to inform the public about his next plans.

This follows his arrest this morning where police broke into his car, threw a teargas canister into it and smoked him out.

After police dropping him off at his residence I’m Kamwokya, Bobi Wine has come out to reveal to Ugandans that he is heading for demonstrations.

“after trying all the polite ways we have not been helped, now we are changing” he said.

Bobi wine announced that he will be dropping a letter to the police (in person) informing them about their intended peaceful demonstrations.

The demonstrations, Bobi Wine says are to advocate for police injustice against him, the opposition and Muslim family among others.

“It’s not only me who has been barred from winging, Besigye has been blocked from speaking and radios switched off, Moslems have been arrested on unclear circumstances ” he says.

It is for such reasons that he intends to stage the peaceful demonstrations.