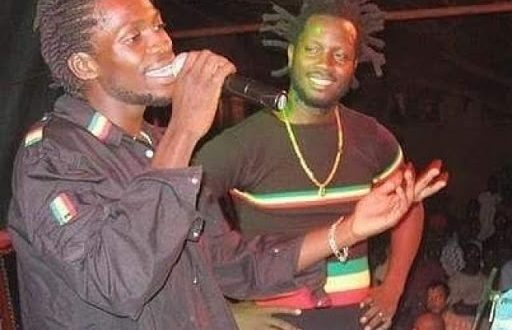 Singer Bobi Wine is seemingly living some of his rivals’ life of late! This follows the drift in his lifestyle and brand!

The two have on several occasions and platforms revealed that Buju Banton is their role model because of what he sings.

“Many people have always failed to understand the style but I was always proud of my voice because of a legend that made a lot of sense and made a big impact on Africa and the rest of the world using lyrical information in REGGAE music.” – read part of Bebe Cool’s post after Buju Banton was released from prison.

“Their music has a special deep message, these guys sing hardcore things irrespective of putting them in trouble.” – Bebe Cool told Africa Report magazine in 2015 as he named Beres Hammond, Buju Banton and course Bob Marley as his best musicians.

Bebe Cool’s love for Buju also got him using ‘Bebe Banton’ (from Buju Banton) as his stage name that he later changed, to Bebe cool. He also named his music group Gagamel following the footsteps of Buju’s ‘Original Gagamel’

While appearing at 91.3 Capital FM in 2018, when tasked to choose between Bobi Wine and Eddy Kenzo, Bebe Cool chose Bobi Wine! On why he chose Bobi over Kenzo, he explained saying, Bobi has tangible achievements and the people’s mandate.

This is the second time the two are sharing a stage with the first time being at the rebel salute in Jamaica early this year! It is also rumoured that the two could be working on a song together.

However Bebe Cool recently told the media that he’s now focusing more on inspiring the young generation other than seeking inspiration from the music giant.

“I used to admire Buju Banton, but I have grown up. People should look up to me to inspire them,” Bebe said in an interview with The Observer.