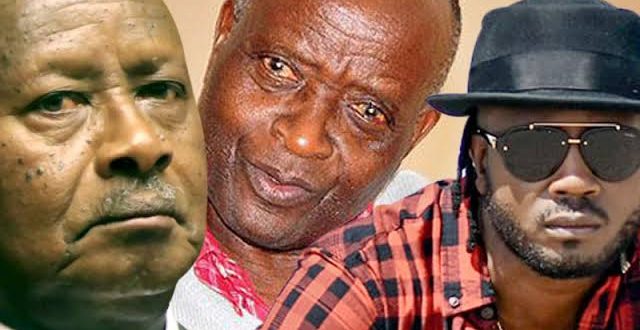 Singer Bebe Cool’s dad in a recent interview while giving his opinion about the current political situation revealed that Bobi Wine standing for presidency was such a big joke.

Bidandi who was rather hesitant first warned the interviewer not to cause him bad blood with his ‘son’, Bobi Wine before he expressed his opinion.

When asked what he would do if he was giving the President’s seat today, Bidandi said he would hand it over back to President Yoweri Kaguta Museveni.

“If given presidency today, I would tell Ugandans, thank you for trusting me, please trust me more as I hand over this seat to Museveni” he said.

An unsuccessful candidate in the 2011 presidential elections, Bidandi is the founder of the People’s Progressive Party also a former Local Government minister, a position he held for 15 years.