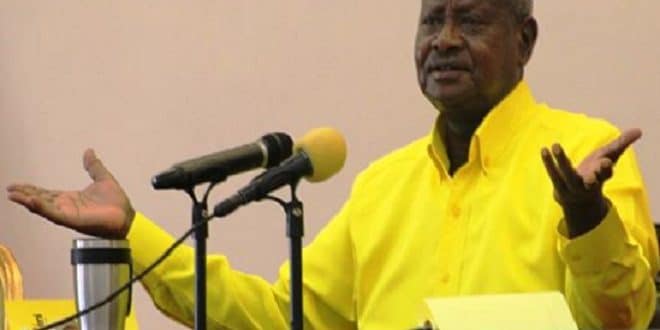 Bobi Wine to Return in A Few Days! Museveni Open To Dialogue With Him!

We have learnt that Kyadondo East Member of Parliament; Robert Kyagulanyi is set to return from USA on Thursday this week. This has been confirmed by a close source.

Bobi Wine has been in USA for a couple if days where he had gone to receive specialised treatment after allegedly being tortured during his arrest.

He also used the chance to hold a number of pressers with all USA major media houses including BBC, CNN, Aljazera, VOA among others.

Today evening the President if Uganda; Yoweri Kaguta Museveni has in a presser revealed that he is open to any dialogue with Bobi Wine.

This was in response to a journalist who asked if he would allow room for such.

“There is no problem with dialogue. The PeoplePower supporters are not informed. We as the NRM have practised PEOPLE POWER. It was experienced in the LC elections.” Museveni Said.

We wait to hear Bobi Wine’s response to this and will bring it to you.