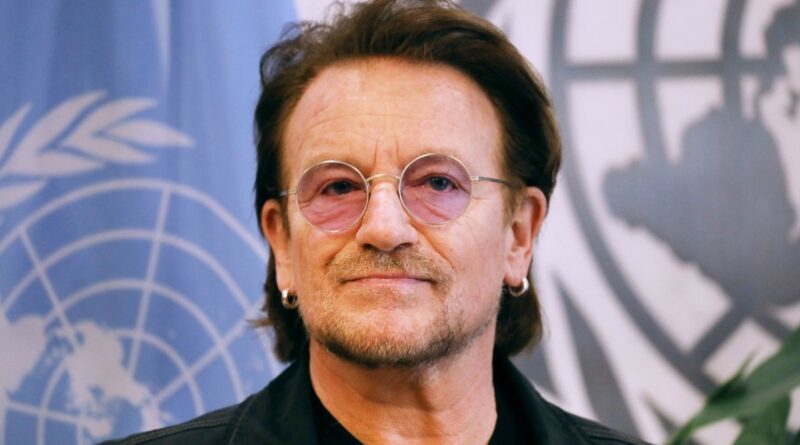 The long-rumored memoir from U2′s frontman, is coming out Nov. 1.

Bono meets with Antonio Guterres, the Secretary-General of the United Nations on February 11, 2020 in New York City.
Spencer Platt/GI

The long-rumored memoir by Bono, U2′s frontman, is coming out Nov. 1. Alfred A. Knopf announced Tuesday (May 10) that the book, first signed up in 2015 but not officially disclosed at the time, will be called Surrender. Reports that he had a deal date back to at least 2019.

“When I started to write this book, I was hoping to draw in detail what I’d previously only sketched in songs,” the 62-year-old Irish singer and activist, born Paul David Hewson, said in a statement. “The people, places, and possibilities in my life. Surrender is a word freighted with meaning for me. Growing up in Ireland in the seventies with my fists up (musically speaking), it was not a natural concept. A word I only circled until I gathered my thoughts for the book. I am still grappling with this most humbling of commands.

“In the band, in my marriage, in my faith, in my life as an activist. Surrender is the story of one pilgrim’s lack of progress . . . With a fair amount of fun along the way.”

The book’s subtitle is “40 Songs, One Story,” a reference to the structure of Surrender: 40 chapters, each named for a U2 song. The band’s many hits include “With Or Without You,” “Sunday Bloody Sunday” and “Where the Streets Have No Name.”

Bono and U2 guitarist The Edge performed a surprise set in a subway station in the Ukrainian capital of Kyiv that has been serving as a bomb shelter to show support for Ukrainians fending off Russia’s unprovoked war. The singer tweeted that Ukrainian President Volodymyr Zelenskyy “invited us to perform in Kyiv as a show of solidarity with the Ukrainian people and so that’s what we’ve come to do.”